Umno has not nominated DPM candidate

Man fired for being 'boring' and not joining colleagues for after work drinks drags employer to court, wins legal battle

More accountability is needed from chronic criminals too 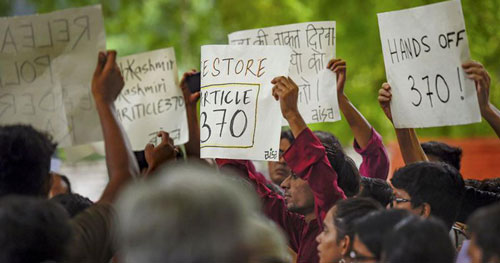 Foreigners would flock to the Valley after Article 370 was abolished because it would be perceived as a development effort, according to research done and published in September 2019 by the Concerned Citizens Group (CCG) in New Delhi.The previous state laws became ultra-vires once Article 370 was abolished, which rendered legislation from the Union of India automatically applicable in J&K, was repealed.