Maternal morbidities and outcomes in pregnant women with COVID-19

Irascible Musings – Page 631 – All the Political News you can use…

Japan to reduce vaccine gap for booster jabs 'wherever possible'

Keeping your holiday spending in check 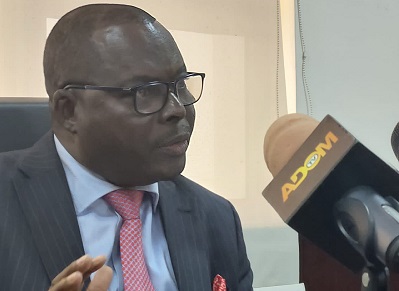 • Justice Kwofie addressing journalists The Association of Magistrates and Judges of Ghana (AMJG), yesterday stated that Supreme Court Judge, Justice ClemenceHonyenugah, is discharging his judicial duties in the ongoing Dr Stephen KwabenaOpuni trial as a neutral umpire.Kwofie, said allegations made against the Supreme Court judge were malicious, unfounded and made to cause disaffection for Justice Honyenugah.According to Justice Kwofie, the  Judicial Service in 2021 ordered seven Toyota Land Cruiser SUV Vehicles and eleven  Toyota Camry Saloon cars for Supreme Court judges who do not have official vehicles.He said “these Supreme Court Judges who are seven (7) in number were appointed in December 2019 and May 2020 respectively.

Among these Supreme Court judges is Justice ClemenceHonyenuga.Justice Kwofie explained that all “Supreme Court Judges by their conditions of appointment since 2013 are entitled to 2 official vehicles; one SUV and a Saloon car”.