23-year-old man arrested for possession of over 1 kg hashish worth Rs 4.55 lakhs

Reaction to Champions League loss over the top 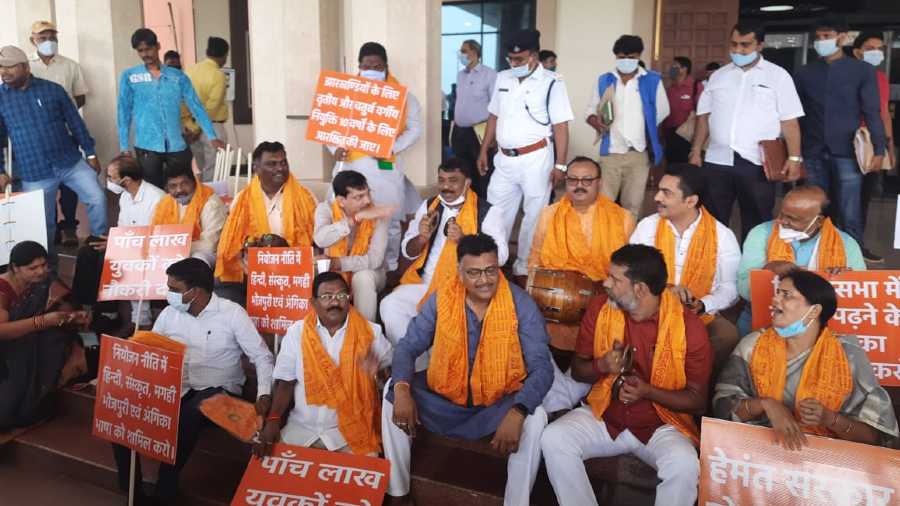 21, 08:12 PM The state government presented its first supplementary budget to the tune of Rs 4,984cr in the Assembly on Monday amid bedlam by BJP MLAs who chanted slogans and rushed to the Well of the House to express displeasure at the Speaker's decision to allot a separate room for namaz within the premises, prompting chief minister Hemant Soren to criticise the Opposition for its disruptive ways.The BJP first moved an adjournment motion before the start of Question Hour seeking cancellation of the namaz room allotment.Deoghar MLA Narayan Das danced while singing "Hare Rama, Hare Krishna", while others chanted "Jai Shri Ram" _ all this to protest against the Speaker's decision day's ago to allot a separate room for namaz within the Assembly premises.Asked if the decision to allot a separate namaz room in the Assembly would be rolled back, the chief minister was clear.

” Former chief minister Raghubar Das, however, threatened to sit on a dharna near the Assembly if the state government did not go back on its namaz room decision within the next 48 hours.45pm and was adjourned again within 10 minutes after state finance minister Rameshwar Oraon tabled the first supplementary budget.