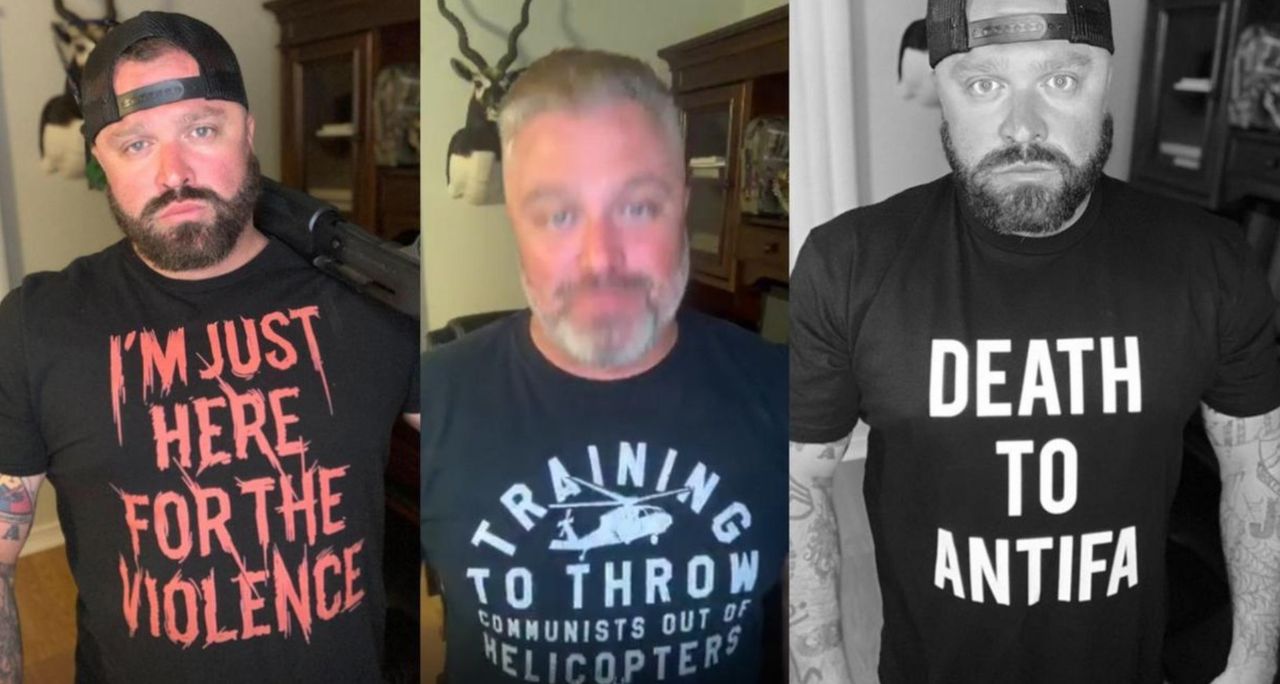 Florida Proud Boy Joe Biggs is the latest participant in the January 6 storming of the Capitol to claim a long-term working relationship with the domestic intelligence agency.

” While FBI Director Christopher Wray was forced to admit in congressional testimony in March that there was “no evidence” that “antifa” or disguised leftists attacked the Capitol on January 6, there was no doubt that fascist militias, such as the Proud Boys, Oath Keepers and III Percenters urged on by Trump, spearheaded the assault on the Capitol in an attempt to take hostages and prevent Congress from certifying the results of the 2020 election.Along with Proud Boys leaders Ethan Nordean, Zachary Rehl, Charles Donohoe, Dominic Pezzola and William Pepe, Biggs is among the nearly 30 members of the fascist militia facing serious charges, including conspiracy and obstruction of Congress, for their actions on January 6.A “reporter” for the fascistic Alex Jones Infowars program, Biggs was described by his attorney in his filing as an “organizer, event planner and thought leader in the Proud Boys.Prosecutors alleged that Nordean, Biggs, Rehl and Donohoe, all presidents of their local Proud Boys chapters, used online crowdfunding sites to raise money to purchase military and communications equipment which were then used during the siege.

” The August 2019 pro-Trump rally in Portland, dubbed the “end domestic terrorism” protest, drew approximately 500 fascists, including members of the Proud Boys, III Percenters and the American Guard.” The chummy relationship between police and the Proud Boys, Hull alleged included, “cautionary calls” Biggs began receiving from the FBI agents in Daytona Beach and Jacksonville in “late 2018,” to discuss “what Biggs meant by something politically or culturally provocative.