Police say officer meant to use Taser, not gun in fatal Minnesota shooting

Carlow, Mayo and Roscommon have the lowest percentage of people staying within 10km of home

Sushil Chandra is the new CEC 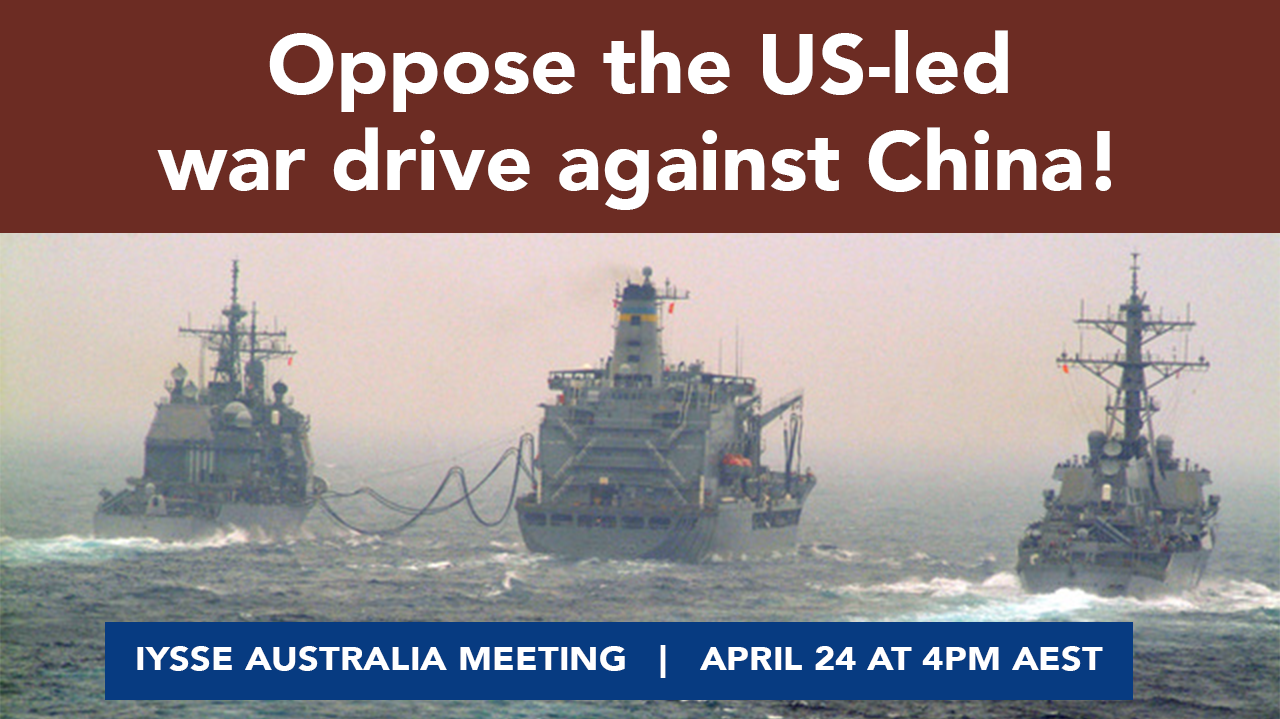 The meeting will discuss the way forward in the fight against plans for a catastrophic war that would devastate the lives of billions of people throughout the Asia-Pacific and internationally.

The fight against war is inseparable from the emerging struggles of the working class against inequality, austerity and an assault on jobs, wages and conditions.On the pretext of the pandemic, the Australian ruling elite is carrying out sweeping economic restructuring, aimed at making the working class pay for the crisis of capitalism.Labor and the unions, who are also the greatest cheerleaders of the war drive, are spearheading this offensive against the working class.A new international anti-war movement of the working class must be built.

The US war drive is aimed at offsetting the economic and geopolitical decline of American imperialism through the use of military means.The IYSSE meeting is part of the fight by the world Trotskyist movement to lift the veil of secrecy surrounding the war drive.