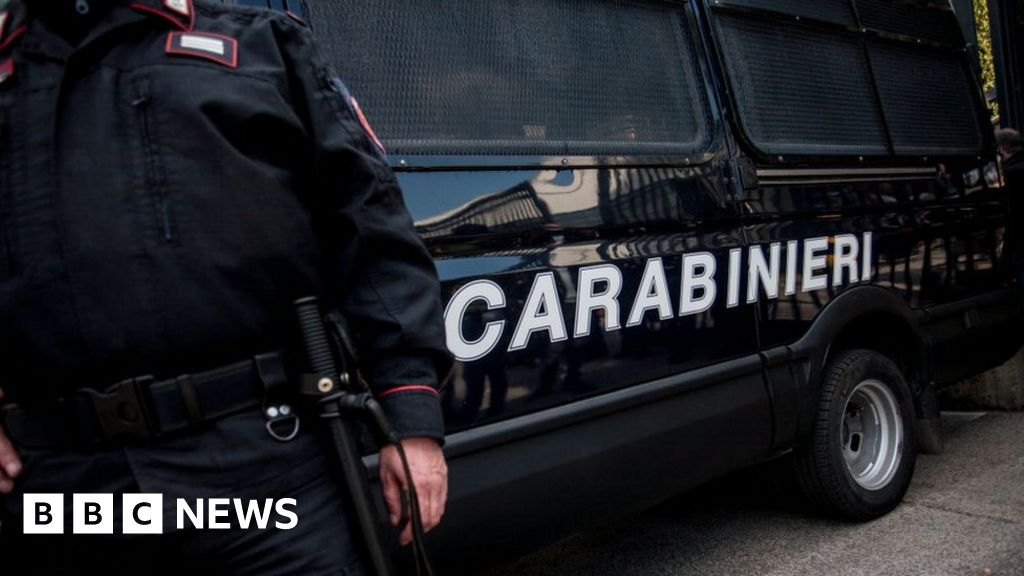 The owner opened fire after armed thieves broke into his shop on Wednesday, Italian media report.

He was violently beaten and his wife and daughter tied up during the 2015 attack, while thieves made away with €300,000 (£260,000, $360,000) in watches and jewellery.Newspaper Corriere della Sera reports that the shop owner's wife and daughter were inside the shop when men armed with a gun and knife entered.The town's mayor told Italian media that the business owner had been injured in a separate incident in 2015.Mayor Gianfranco Garau, who was in an evening meeting in the nearby town hall at the time of Wednesday's shooting, told Italian media that events remained unclear.

Italy theft: Two suspects die in jewellery shop robbery Published About sharing Getty Images p image captionThe shop's owner has been questioned by carabinieri military police (file photo) Two people have been killed following a raid on a jewellery shop in Italy, according to local media.The third suspect has been questioned by carabinieri military police but has so far not been charged, the newspaper added.