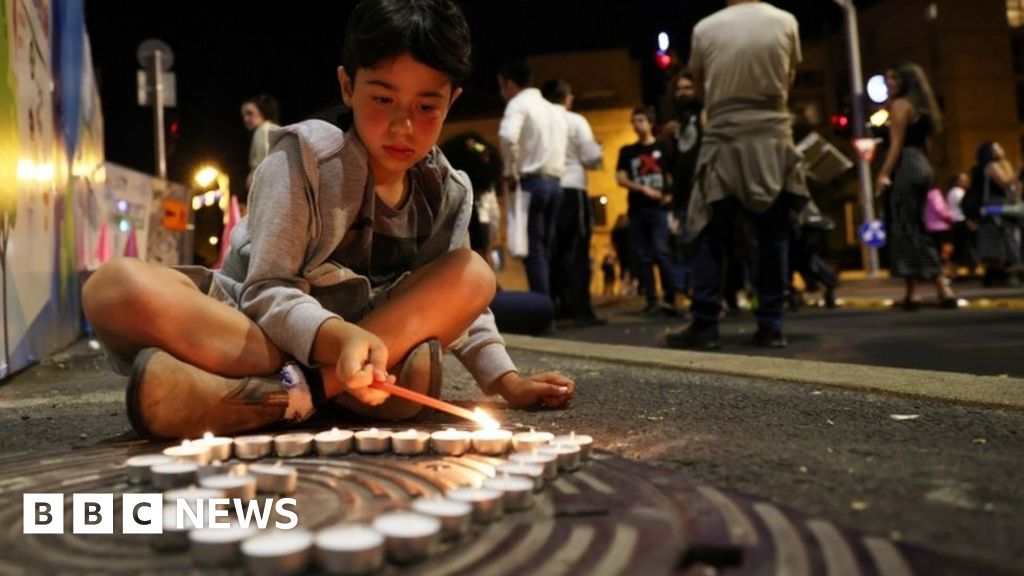 The country grieves after a crush at a Jewish festival killed 45 men and boys and injured many others.

Some 150 people were injured at the Lag B'Omer festival, near Mount Meron in northern Israel, when they became trapped in an overcrowded passageway.What is the festival of Lag B'Omer?Officials had authorised 10,000 people to attend the Lag B'Omer festival, but Israeli media reports suggest 10 times that number were present.Israel crush: Day of mourning after dozens killed at Jewish festival Published About sharing Reuters p image captionA boy in Jerusalem lights candles at a vigil for the victims A national day of mourning is being held in Israel after a crush at a Jewish festival early on Friday that killed 45 men and boys.

Reuters p image captionMourners gathered for the funeral of Menahem Kanovlowitz in Jerusalem on Saturday "I only wish that we achieve even a small fraction of your stature in studies and holy devotion," said Avigdor Chayut, as he buried his 13-year-old son, Yedidya, in the town of Bnei Brak, near Tel Aviv." Reuters p image captionEmergency workers hug as they revisit the site where dozens were crushed to death The Justice Ministry is examining whether there was any police misconduct.