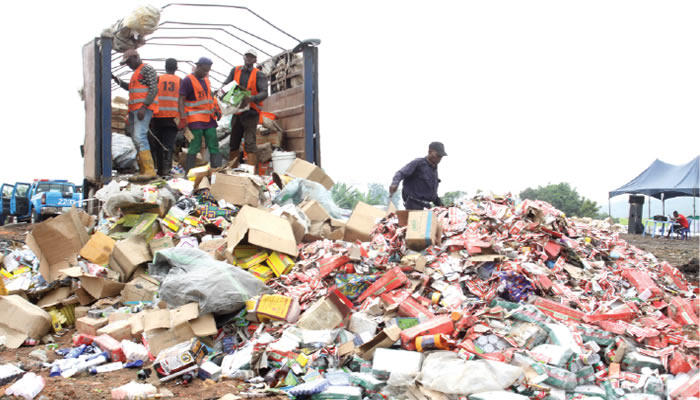 The prevalence of fake drugs is a menace to over 200 million people in Nigeria. In this piece, ANOZIE EGOLE looks at the effects of substandard products on the nation’s economy

Similarly, officers of the Nigeria Customs Service in collaboration with other sister agencies like the National Drug Law Enforcement Agency and the National Agency for Food and Drug Administration and Control recently destroyed 48 containers of substandard drugs coming into the country.According to medical experts, some of the health issues ranging from loss of sight and hearing defects as well as kidney and liver issues are caused by substandard drugs or abuse thereof.The negative effects of substandard drugs in Nigeria can only be imagined as peddlers of these products disguise in several forms just to carry on with their illegal business.Some of these merchants of substandard drugs leave the buyer with no traceable address, making it hard to arrest and prosecute them.