The Latest: CDC rules to help cruise ships sail in US waters

Chantelle and Preston's wedding: An exclusive look back at the CBB star's big day as she admits she got 'swept away' and hated being in the public eye

This is the Weekend to 'Fall Back'

Entergy Corporation Just Beat Analyst Forecasts, And Analysts Have Been Updating Their Predictions

Book Review: No Friend but the Mountains by Behrouz Boochani (Pan Macmillan Aus) 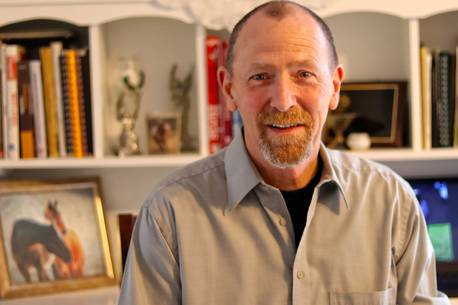 “I have to admit I have a lot of trepidation but I’m also really excited and looking to get to work,” said Henley, whose nephew is present Cumberland South MLA Tory Rushton.Henley said the size of the police budget is one major issue the town is facing as well as renewing significant infrastructure, such as sewer and water lines that date back to the 1960 and are beginning fail, as evidenced by frequent water line breaks in recent years.“We need to do everything we can to stay as a town,” Henley said.“We have to have our decisions made by a council in Oxford, not by a council somewhere else.

He also wants to do something to revive recreation programming in the town, both in the summer and the winter.Henley received 358 votes to defeat Arnold ‘Pockets’ MacDonald, who garnered 205 votes.

No jail time for P.E.I. man who damaged Sir John A. Macdonald statue

EDITORIAL: Finding new solutions to the problem of plastic

Pfizer says could apply for U.S. emergency use approval for vaccine in late November

Newfoundland Growlers owner upset about changes to Mile One report

Treats on a Corner Brook trail

Factbox: Why are Nigerians protesting against police brutality?

EDITORIAL: Lobster crisis — is anyone at the helm?

BRUCE EVANS: Yank-splaining — a time-hono(u)red tradition for a dual citizen

JOAN SULLIVAN: 'Blaze Island offers a take on ‘The Tempest,’ with a touch of Tilting

LETTER: A terrible deal for the fishery

LETTER: A season of thanks and thoughtfulness

LETTER: Know the difference between truth and lies

RALPH SURETTE: If only witless populism could go down with Trump ship

ADAM BOND: If Indigenous fishers had gone on a rampage, RCMP would have used force

‘It is not illegal’: Mi’kmaq fishers’ lobster sold outside of N.S. provincial legislature

One in six St. John's homes have no guarantee of next meal: report

JIM VIBERT: Liberal leadership field is what it is

ICC delegation to visit Sudan to discuss case against Bashir

White sharks cruise 'along beaches, amongst swimmers, and nobody even knows,' says expert

JIM VIBERT: Nova Scotia's Liberal leadership field is what it is

The new Gen ✘: Young HRM candidates say people their age should get out and vote

Municipality of Shelburne sees a mix of incumbents and new councillors

Savage roars to another mayoral victory in HRM

Harold Locke elected new mayor of the Town of Shelburne

'Ball is in EU's court' as chance of Brexit deal recedes: Gove

Compliance with COVID isolation rules is a problem: UK's Gove

TELEGRAM SAVES LIVES: through plague and snow, the blood must flow

'Door is ajar' on Brexit trade talks if EU is serious: UK's Gove

Police, Halifax Search and Rescue on the scene in Dartmouth

HEATHER FEGAN: No excuse for illegal dumping in the Cape Breton Regional Municipality

EDITORIAL: Changing of the political guard in Cape Breton

China, on reports it may detain Americans, says U.S. is trying to play the victim

Indonesian president warns not to rush vaccines amid halal concern

TELEGRAM SAVES LIVES: ‘I am grateful every day’

SUV winds up in the ditch late Sunday night in Torbay

Plague doctors march through the mist in downtown St. John’s

Poland may see up to 20,000 new coronavirus cases a day next week - minister

For researchers, including some in St. John's, gene editing is now as a precise as film editing

Kamada to supply Israel with its experimental COVID-19 treatment

'We are not racist:' Nova Scotia fishing communities call for action

Comms problem could be a 'huge fly in the ointment' for new warship: retired commander

Analysis: After America First, some investors bet on a Biden boost abroad

TELEGRAM SAVES LIVES: Because of donors, I am here for my family

TELEGRAM SAVES LIVES: I would not be here if not for the many outstanding people who donate blood

Two drivers charged with stunting on Highway 101 in Kings County

Here's how you can find out where — and if — you can vote in Ward 2 byelection in St. John’s today

Community steps up for Lovin' The Lights initiative in Antigonish

Breaking down the stats from the Cape Breton Regional Municipality election

Canadian author releases book about his observations while living on P.E.I.

My Jelly Brain tells story of recovery, with message of safety and inclusion

P.E.I. government aims for 2040 climate target, but but offers few details on how to reach it

INTERACTIVE: Breaking down the stats from the Cape Breton Regional Municipality election

Membertou gears up for election Thursday

Newfoundland and Labrador aims for 85 per cent flu shot rate

UK's Sunak says of soaring borrowing: things could have been far worse

EDITORIAL: Working together works — how Roxy's rescue should speak to us all

JIM VIBERT: The more women we elect, the better off we'll be

This St. John's singer-songwriter is pedalling his music

Skinner the winner, defeating seven others to once again become Ward 2 councillor in St. John’s

Man taken to hospital with serious injuries after altercation on Spencer Street in St. John's

Colby Cosh: The wonders, and dangers, of DNA detective work

Despite pandemic, legion counting on you to help make poppy campaign a success

Kelly McParland: Election threat shows Trudeau doesn't like being questioned — on anything

Fighting for a moderate livelihood: How Ottawa failed both Indigenous and non-Indigenous fishers

The role that changed his life

Man sentenced for assaults during attempted escape at Halifax courthouse

Canada is having a much better crisis than the U.S., though some fret about debt and deficits

DAVID JOHNSON: Just what the heck is the U.S. Electoral College?

Covering the fishery controversy, behind the scenes

Labrador MHA apologizes for suggesting homelessness is a 'choice'

Did Newfoundland have a case in long-term care?

Saved by a stranger: Phone stolen from Halifax bar recovered

Over half Europe's small firms fear for survival, survey finds

No injuries in moose-vehicle collision near Mount Pearl Wednesday night

LETTER: Why hasn’t the Dominion strike been settled?

Labrador MHA offers apology for suggesting homelessness is a 'choice'

Did Newfoundland have a case of COVID-19 in long-term care in St. Lawrence?

No injuries in moose-vehicle collision Wednesday near Mount Pearl

LETTER: Cyclists need their own trails

PHOTOS: Autumn in Nova Scotia from the land and air

'I had to buckle down to fight': Delvina Bernard wins leadership award for global citizenship

The Great Rethink: Why Canada needs to return to its 'honest broker' role in world affairs

ROGER TAYLOR: Restaurant owners still trying to eke out a living despite pandemic

As Canadian as pilfered maple syrup: Colm Feore talks true crime (and how to pronounce his name)

A new player in the health-food industry

EDITORIAL: One good turn deserves another in stolen cellphone saga

The clouds have cleared for Newfoundland and Labrador psoriasis sufferers

'My hard work is paying off': Immigrant woman in N.S. wins entrepreneurship award

One new confirmed case of COVID-19 in Eastern Health region

Majority will accept result of U.S. election, even if they dislike the winner: Reuters/Ipsos poll

COVID-19 outbreak declared at The Lighthouse, first at a shelter in Saskatchewan

After decades of deaths, ministry reviewing Sask. jails in attempt to prevent hangings

People in Saskatchewan less trusting of government, vaccine as pandemic wears on: study

Chileans head to the voting stations for historic constitutional vote

Parents frustrated by delay in COVID-19 notifications at Calgary school

Cenovus Energy to buy Husky Energy in an all-stock deal valued at $23.6 billion

Connecting Voisey's Bay with road, power, would be boon for province, says MHA

Ward 2 councillor-elect Shawn Skinner to be sworn in Monday

Summerside proposing to pull its taxi bylaw out of the 1950s

A stutterer in an out-loud world

A stutterer in an out-loud world: Halifax reporter reflects on Biden's impact

LETTER: Save our green space

Why is herd immunity such a bad idea? A St. John's researcher explains

LETTER: Who am I to judge?

Chevron pulls some staff from offshore U.S. ahead of Tropical Storm Zeta

Detour in Goulds for culvert work

New pay stations to be installed in downtown St. John's

Parade of Lights to be virtual this year

CBU unveils plans for Centre for Discovery and Innovation

Package containing $33,000 worth of contraband seized at Springhill prison

Recreation funding announced for communities across Newfoundland and Labrador

One new COVID-19 case in Newfoundland and Labrador

Enrolment numbers up at French-language school board in P.E.I.

Corner Brook woman concerned about rodents behind her home

Parrsboro Creative has big plans for 2021 and beyond

SaltWire Selects Oct. 26: A trail through time, coping with a stutter, a tale of two protests and a way to measure happiness

Accused principal Robin McGrath was stern but not abusive, colleagues testify as his trial resumes in St. John's

Loblaws Inc. granted injunction against striking Dominion workers but denied the broad sweep it had requested

Explainer: What to watch at the fifth plenum of China's Communist Party

Trump vs. Biden: Which U.S. presidential nominee is the best choice from an Atlantic Canada perspective?

Accordian with sentimental value among items stolen in Duntara theft

JOHN DeMONT: The kids are going to be all right

Colby Cosh: The waters of Luna

Rube & Rake release new album, ‘Leaving With Nothing,’ while the world’s on pause

Working from home or renovating? Check your insurance

Coupon clipping — How to save money, even during a pandemic

Long-term care residents should have own room, says NDP

Man arrested on break and enter charges in St. John's

Canopy Growth finishes building, gets licence to grow cannabis in Newfoundland and Labrador

Parents of Jordan Naterer in tears discussing their missing son, kindness of others

Disturbance sends one to hospital in downtown St. John's

P.E.I. civil servant at centre of government records probe says he did not delete emails

SYLVAIN CHARLEBOIS: A case for a code of practice

Poets with connection to St. John's on CBC prize longlist

Fitzgerald not worried about trickle of Newfoundland cases from Alberta

ASK THE THERAPISTS: Help! I'm panicking behind the wheel

GET GROWING: 5 plants for your windowsill right now

Funds favor bonds over stocks in run-up to U.S. election

Much still to do on Brexit trade deal, EU's Barnier says

Brace for take off: Berlin's much-delayed airport to open in industry crisis

JOAN SULLIVAN: ‘A Long Journey’ is a compelling, necessary read

LETTER: A cyclist’s warning to the people of St. John’s

PAM FRAMPTON: Why Perry Trimper is still in caucus — Part 2

PAUL SMITH: I got my Christmas goose

ERIN SULLEY: Have a fang-tastic night

JOHN DeMONT: How the 'snug' helps keep the vulnerable safe in emergency shelters

Workers returning from Firebag site in Alberta told to get tested

P.E.I. man who left victim fearful after going into her home jailed

COME BY CHANCE: Newfoundland refinery has hit several highs and lows since it fired up over four decades ago