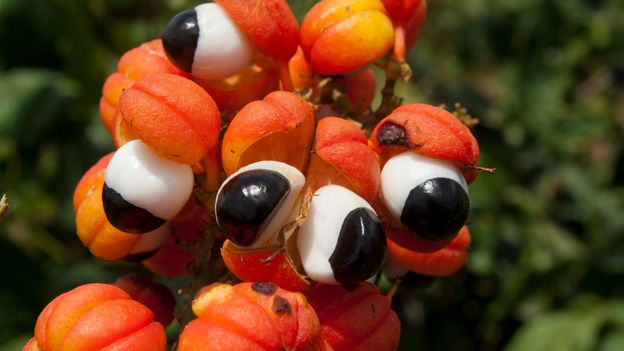 Guaraná is gaining status as a stimulant and superfood – but has a centuries-old heritage and mythical status for the Sateré-Mawé indigenous people.

View image of Native to the Amazon basin, guaraná bears a unsettling resemblance to an eyeball (Credit: Credit: Guayapi) Guaraná contains high levels of caffeine – as much as four times that of coffee beans, as well as other psychoactive stimulants (including saponins and tannins) associated with improved cognitive performance.View image of Guaraná contains high levels of caffeine and is often used as an ingredient in fizzy drinks and energy drinks (Credit: Credit: pxl.