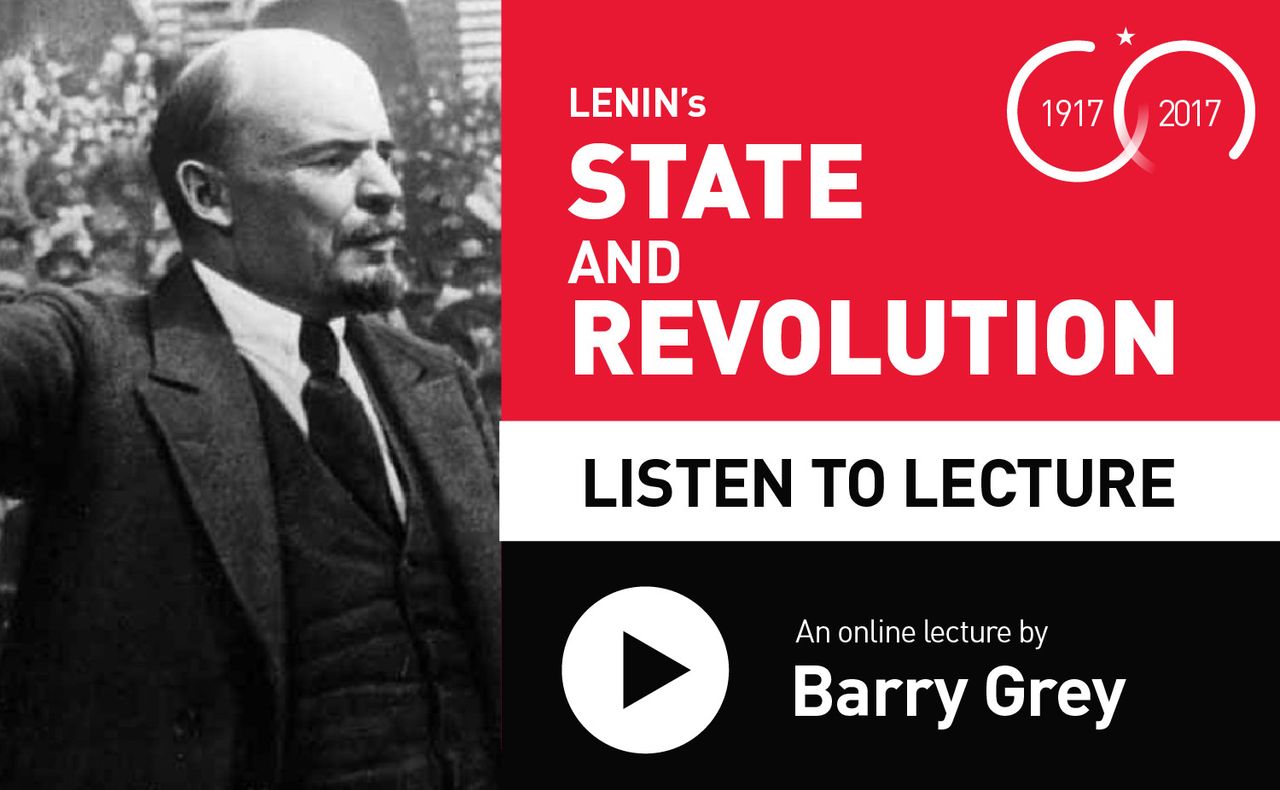 This lecture was delivered October 14, 2017, by Barry Grey, the US national editor of the <em>World Socialist Web Site</em>.

The counter-mobilization of the armed working class, spearheaded by the Bolsheviks, accelerated a resurgence of support for the Bolsheviks and completely undermined Kerensky and his Menshevik and Socialist-Revolutionary collaborators.” [2] Lenin was determined to clarify the party and the vanguard of the working class on the fundamental issues of the socialist revolution.The State and Revolution was Lenin’s theoretical arming of the party and the working class as a whole for the overthrow of the Provisional Government and the transfer of power to the soviets.His fundamental perspective toward the war from its outset was that it signified a crisis of the capitalist system that would spark a revolutionary struggle of the working class internationally.

On the basis of a glorification of bourgeois democracy and parliamentarism, the Mensheviks demanded that the soviets and the working class support the war as a “revolutionary war for democracy” against German militarism and Prussian autocracy.On the same basis, they handed the power given to the soviets by the working class revolution that overthrew the tsar in February back to the counterrevolutionary bourgeoisie, led by the Cadet Party, and the allies of the bourgeoisie in the monarchist state bureaucracy and military.