The best shows that began on BBC Three

Police parade 21 cultists, others in Delta

OTC to offer bachelor's in respiratory therapy, among first in MO

Tulsa Firefighters Respond To House Fire Near 31st, LewisNews On 6

Coronavirus: A phone call may be all it takes to ease pandemic loneliness: study

Over 168 million children miss out on nearly a year of schooling, UNICEF says

Back On Track: Episode 1 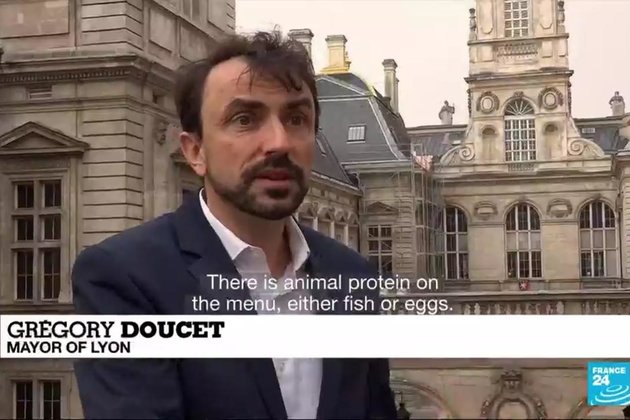 Mayor Gr&eacute;gory Doucet of Lyon, a member of the Green Party, has come under fire from government officials&nbsp;for his decision to offer o

Over 100,000 Indian farmers protest deregulation of crops In a massive show of strength to protest three farm laws, more than 100,000 farmers and agricultural laborers gathered in .Britain speeds delivery of coronavirus vaccine to all adults LONDON, England: The British government has pledged that all adults in the country will receive their first dose of the .12 ℃ null in Paris-Montsouris International Section Call for moving 2022 Olympics from China OTTAWA, Canada - Ramping up pressure on Liberal Prime Minister Justin Trudeau to toughen his stance on China, Canada's parliament .After 24 killed in June clash, troops withdraw from Himalayan border Following the deaths of 24 soldiers after clashing last June, Indian and Chinese troops have withdrawn from a disputed Himalayan .

EU's vaccine rollout off track due to delivery shortfalls

We list all the new cars launched in January

the heir to Myanmar's military junta

Wall Street is melting down over the GameStop saga

Focus will be on having more women boxers

E-commerce in France grows by 8.5 pct in 2020, says sector federation

Tour de France to add another team to the party

British and Irish Lions tour decision by 'end of March'

What kind of RESTROOMS did Russian tsars use

"America is back," or simply swinging backward?

French romance 'Two of us' shortlisted for international film Oscar

Barcelona depends on him a lot

Neymar ruled out for 4 weeks due to injury, to miss PSG vs Barca clash

Djokovic battles injury to survive third round of Australian Open

Leila Slimani releases new book, In The Country of Others

Pique close to return as Barca prepare to meet PSG

We'll be ready to play to best of our ability

Hard times for students in France

PSG capable of doing anything

After a sluggish start, #MeToo movements pick up steam France

Technology holds the key to decarbonization

Injuries make life hard for Atletico ahead of Chelsea clash

Covid-19 continues to spread in France as death toll rises

Zoya celebrates a legacy of designing and crafting

That's what we expect from players

Car sales in France down by 20.9 pct in February

World Series to conclude with Cape Town Sevens in December