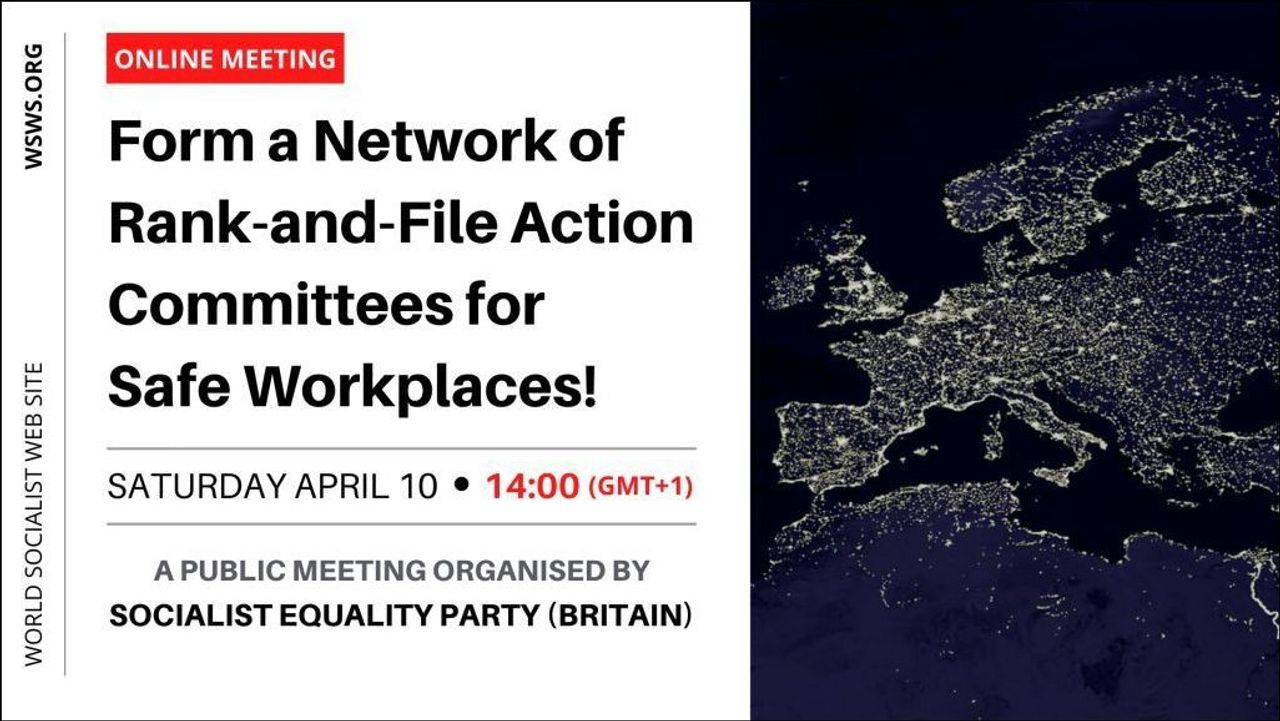 We call on all workers, students and young people who agree with these demands to attend the April 10 online forum. Join us in building independent rank-and-file committees to wage the class struggle and take part in the fight to build a new socialist leadership.

· No to the “herd immunity” policy of the UK government, corporations, the Labour Party and trade unions!In every struggle, workers immediately come face-to-face with the role of the trade unions as professional saboteurs and police for corporate management in imposing “restructurings”, cutbacks and dismissals to maintain “competitiveness”.The Socialist Equality Party (SEP) is urging workers to organise independently of the trade unions and all the official parties by establishing rank-and-file safety and action committees in all workplaces.Around 9,000 people are dying every day and the seven-day average for new cases approaches half a million—fuelled by the emergence of more contagious variants.

In the United States, more than 555,000 people have already died, in Brazil 300,000, in Europe almost 900,000, including 150,000 in the UK.The Conservative government is rushing headlong into a full reopening of the economy, including schools, colleges and universities.