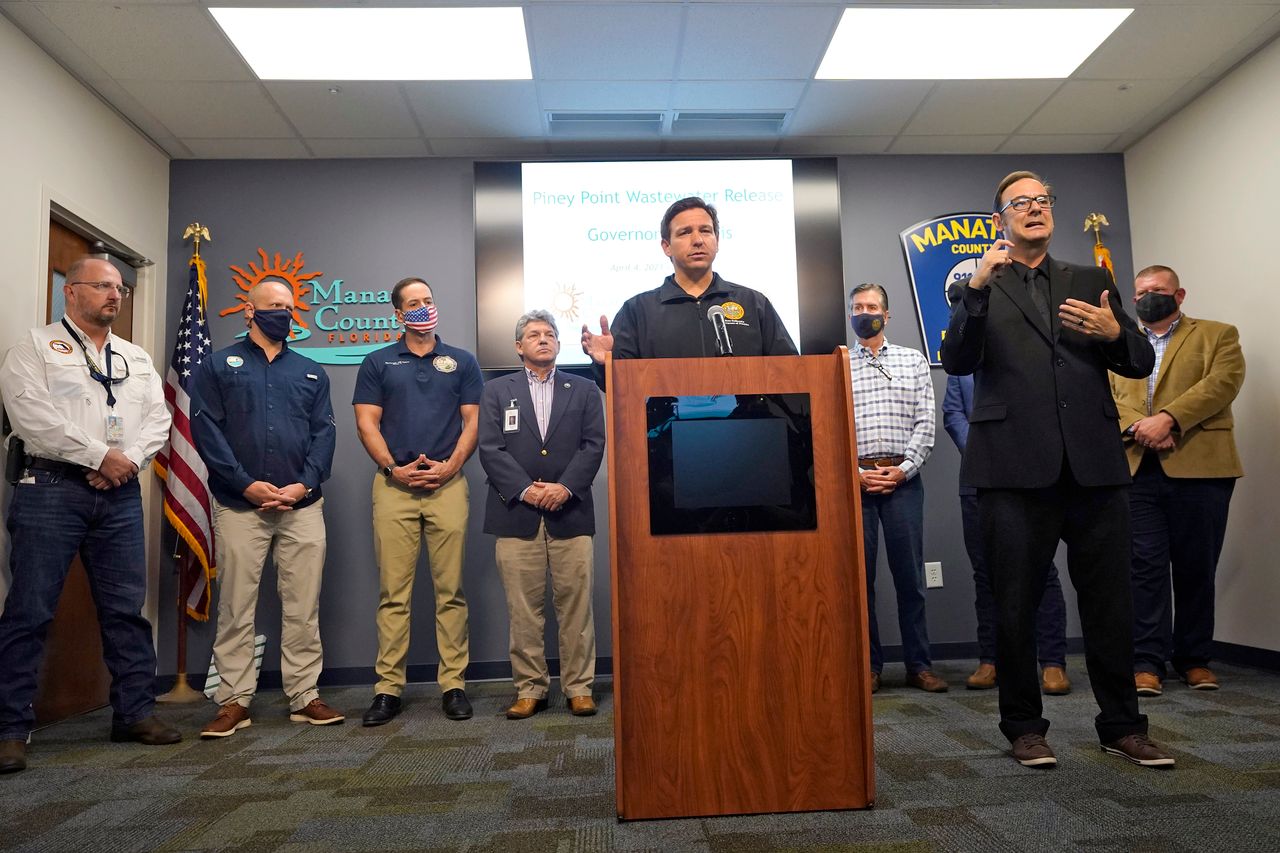 The state is pumping millions of gallons of radioactive contaminated wastewater into Tampa Bay with the aim of preventing the imminent collapse of a mismanaged phosphate reservoir in the area.

After a significant leak was detected Friday, April 2, Florida Governor Ron DeSantis declared a state of emergency, and Manatee County officials established an evacuation zone where it is possible that 340 million gallons could engulf the area in a “20 ft wall of water” in a matter of minutes if the breach cannot be repaired.Engineers have been working since March to plug breaches in the reservoir with rocks and other materials and are performing a controlled daily release of 35 million gallons of water at Port Manatee.It is on top of these stacks that the holding pools store 400 million gallons of radioactive wastewater.In 2004, a hurricane knocked a hole in one of the dikes, dumping 70 million gallons of contaminated water into Bishop Harbor.

” That same year, a liner beneath one of the two gypsum stacks on the site tore, spilling 170 million gallons of contaminated water into Bishop Harbor.Last October, a DEP representative reported that the company had been getting rid of 55 million gallons of wastewater each year through spray evaporators, but that rainfall has exceeded their ability to get rid of the water.