Latest Jan data highlights cyclical downturn across the board including liquidity; Markets should really worry if Bostik’s $100b monthly QT figure is real. – Investment Watch

Biden Refuses to Say Midterms Will be LegitimatesubscribeMediaitesubscribe

'This by far has been the worst wave. Period': Saint John, N.B. ER nurse describes life on the frontlines

‘Testy!’ Biden berates reporter for quoting what he said about opponents of ‘voting rights’ bill – twitchy.com

THEY HAVE NO WINE: A Word on the Modernist Catholic Church 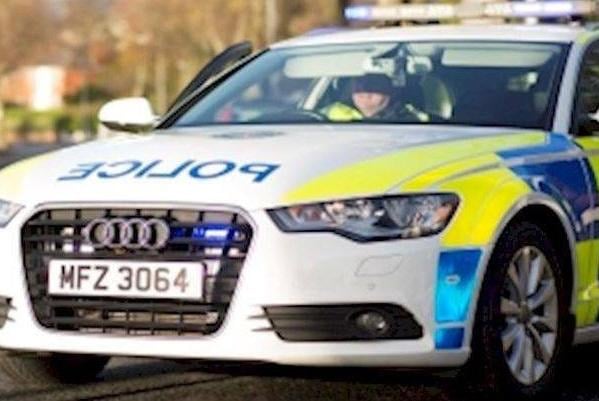 Detectives are appealing for information following two burglaries in the North Antrim area on Tuesday, January 11, during which a number of firearms were stolen.

PSNI Detective Inspector McKenna said: “Shortly before 9pm, it was reported to police that at around 8pm, four masked men gained entry to a property on the Blagh Road area of Coleraine.Detective Inspector McKenna continued: “Shortly before 9:30pm a further incident was reported to police in which four masked men gained entry to a property on the Knock Road area of Dervock at around 8:30pm.“A man in his 60s was cable tied by the men during the incident - two of the masked men were armed with a crowbar and a sledgehammer.It is particularly harrowing for young children to be faced with masked men intent on causing distress and threatening violence, and for family members seeing their loved ones bound by cable ties in their own homes.

“We would appeal to anyone who witnessed any suspicious activity or who may have dash-cam footage available from either the Blagh Road area of Coleraine at around 8pm or the Knock Road of Dervock between 8pm and 8:30pm, to contact detectives on 101 quoting reference number 1740 11/01/22.The men, one of whom was armed with a crowbar, threatened a woman in the property.