aditya puri: Growth may return to 9% if India ticks all the right boxes: Aditya Puri

SEBI Grade A Officers 2020: Exams to be conducted in Jan & Feb to recruit 147 posts, notice on sebi.gov.in

UP farmers forced to sell crops at less than MSP even now: Priyanka Gandhi

Letter: President has amassed many accomplishments

Vietnam's e-commerce forecast to grow 20 per cent in Q4

One man killed in SUV crash with tractor in Richland County 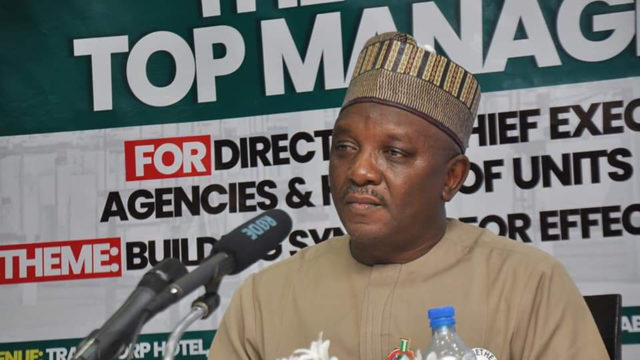 The Minister of Power, Saleh Mamman, has re-affirmed his ministry’s commitment to driving renewable energy in Nigeria. According to the minister

Related Manufacturers worry about rising inflation, access to forex for raw materials ‘Businesses operating in legislative vacuum, uncertainty over stalled CAMA’ NACC, Lagos government partner on entrepreneurship, trade development The Minister of Power, Saleh Mamman, has re-affirmed his ministry’s commitment to driving renewable energy in Nigeria.According to the minister, renewable energy is one of the ministry’s focal points to drive power supply in the country even as it plans to integrate renewable energy through the Paris Agreement and the Vision 30:30:30 to deliver 30GW of electricity with 30 per cent renewable energy mix by 2030.The minister, represented by the Director, Renewable Energy and Rural Power Access, Faruk Yabo, at a virtual launch of Sustainable Use of Natural Resources and Energy Finance (SUNREF), explained that the lack of financing was the key challenge facing the renewable energy and energy efficiency in Nigeria.He added the €70 million grant funded by the AFD and the European Union Infrastructure Trust Fund (EU-ITF), which would be accessed to support energy efficiency and renewable energy, would go a long a way in supporting the government’s electricity vision 30:30:30 The Country Director, French Development Agency (FDA), Pascal Grangerau, said the agency was committed to fighting climate change and global warming.

The Managing Director, Access Bank Plc, Herbert Wigwe, represented by the Executive Director, Risk Management, Gregory Jobome, said Access Bank had been part of the green energy for eleven years, adding that the bank was very conscious of the opportunity to contribute its quota to renewable energy in Nigeria “We are hoping that what we can achieve with this project would serve as a catalyst for other banks to come to the table and play their part as well,” he stated.He added that the bank is well-equipped for the journey, maintaining that it had entered various strategic partnerships with Development Finance Institutions (DFIs), and other partners The Senior Director, Environment and Energy, Winrock International, Inga-Elisabeth Hawley, said Winrock had catalysed over $1 billion in renewable energy investment in the last 25 years.