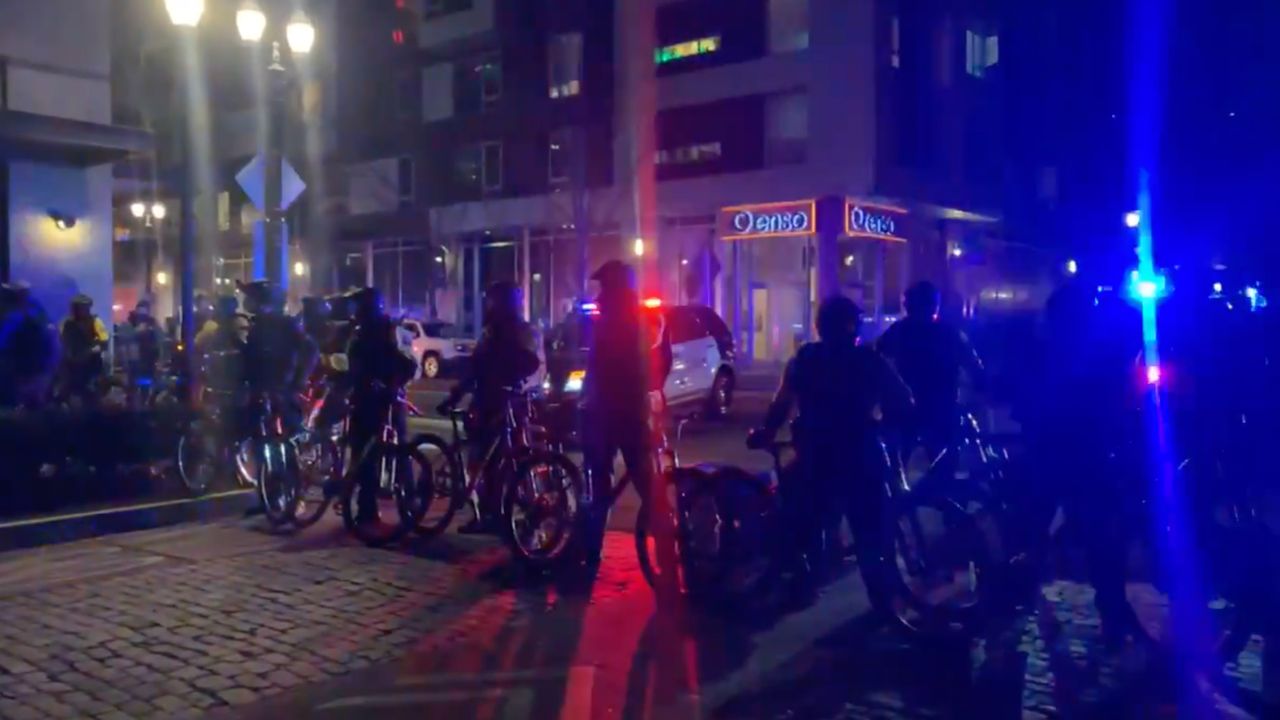 Militarized squads of federal and local police officers cracked down on protests in Portland, Oregon last week, kettling and detaining a crowd of over 100 people on Friday.

With the full backing of Democratic mayor Ted Wheeler, local police and Department of Homeland Security (DHS) agents brutally cracked down on left-wing demonstrations last week in Portland, Oregon.On Thursday, a small crowd of demonstrators gathered near the downtown courthouse, where dozens of DHS agents and Portland Police Bureau (PPB) officers were dressed in full riot gear.This time around, Wheeler himself brought in the DHS agents to erect a fence around the Hatfield courthouse and assist PPB with crowd control, demonstrating the continuation of Trump’s “law and order” policies under the new Biden administration and Democratic Party as a whole.Wheeler and the local Democratic Party are seizing upon trash can fires and broken windows, which are ultimately harmless crimes, to justify suppressing left-wing demonstrations as a whole.

Minutes after the demonstration began, police and DHS officers began “kettling” the protestors, encircling the entire block to detain over 100 attendees and threatening to use crowd control weapons against anyone that tried to resist, including journalists and legal observers.By dusk, officers began firing huge quantities of tear gas, pepper balls, flash grenades and potentially HC (hexachloroethane) smoke grenades.