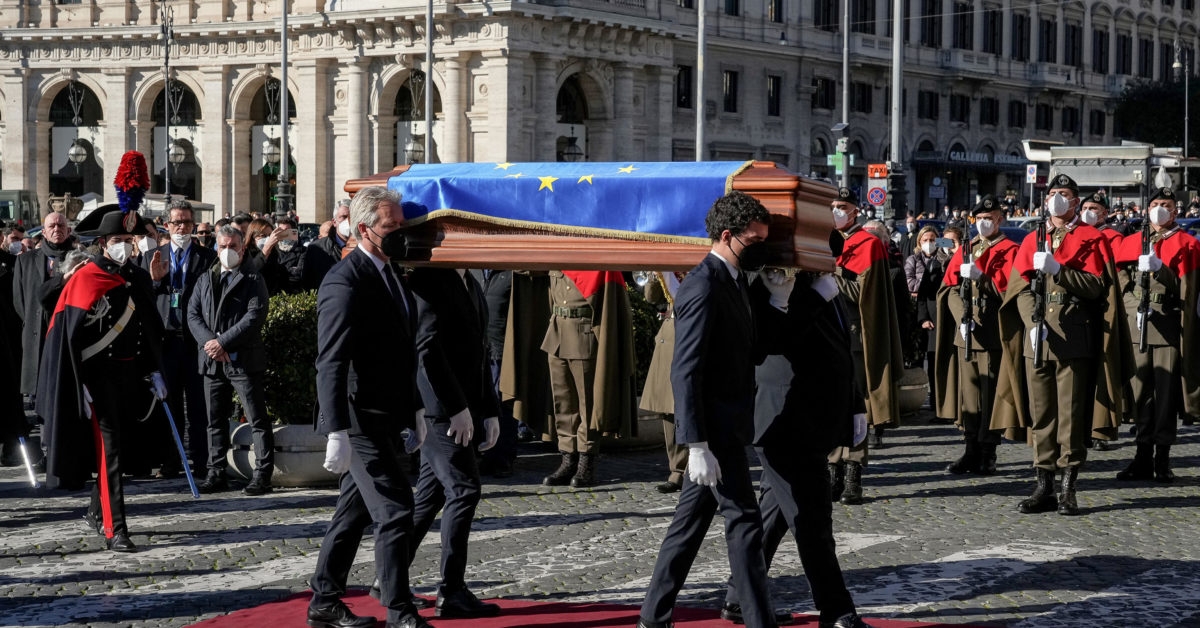 The European Parliament president was remembered as wanting to use politics ‘for the common good.’

ROME — Politicians, heads of state and European leaders gathered in Rome on Friday for the funeral of European Parliament President David Sassoli, who died on Tuesday.During the proceedings, friends, family and colleagues paid tribute to the journalist-turned-politician, who unexpectedly rose to become head of the European Parliament in 2019 after 10 years as a European lawmaker.They shared memories and praised Sassoli for his courage, recalling how he tried to make the European Parliament a place for those in need, handing out food to the homeless and providing a space for women in difficult situations.Italy’s Prime Minister Mario Draghi and Spanish leader Pedro Sánchez were also there, as were senior figures from Italy’s Democratic Party, which Sassoli represented in the European Parliament.

Cardinal Matteo Zuppi, a school friend who also led the service, said that for Sassoli, politics “was, and had to be, for the common good.” Sassoli, he said, wanted “a Europe that was united and based on its founding values.