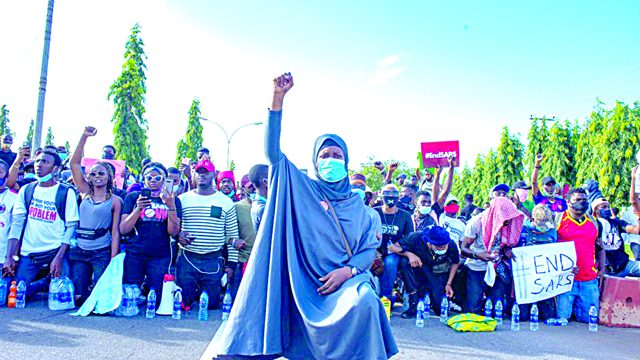 In the last five years or thereabouts, prominent Nigerians have continued to lament how their ilk and generation engineered

In fact, since the arrival of the Arab Spring in 2011, many sit–tight and sundry insensitive leaders have been consumed for standing in the way of genuine reforms spearheaded by their rampaging youths, with some of the latest victims being leaders of Sudan, Algeria, Iraq, and Lebanon.” #EndSARS … Nigeria’s Arab Spring?Obono added: “These protests have all the elements of Arab Spring in it.The level of resistance I have seen on protest grounds is similar to what was happened during the Arab Spring.

” However, on his part, the Executive Director Civil Society Legislative Advocacy Centre (CISLAC), Auwal Musa Rafsanjani noted that: “We must not forget that Nigerian situation and current agitation is, to some extent, different from the Arab Spring.Arab Spring was initiated mostly to oust sit-tight leaders, who undemocratically ruled for several decades.