Rajkummar Rao Stepped Out In A Pair Of Dotted ‘Gum-Boots’, And A Dope Indian Streetwear Jacketlogo

Public should be 'very skeptical' about COVID-19 vaccine

Is It Too Late to Buy Livongo Stock? 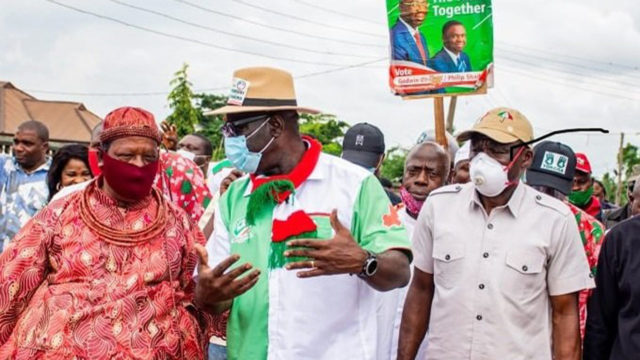 The governorship election in Edo begins peacefully with impressive voters’ turnout in most wards across the state, the News Agency of Nigeria

in strategic locations in the city centres of the three senatorial districts of Edo South, Central and North.Bondaries, including Edo South — Idogbo, Etete/Adesuwa, Oluku, Upper Siluko, Ologbo and Eyean — are supervised by security personnel that ask motorists without movement permit to park and check for Permanent Voter Card (PVC) to pass.With total compliance with restriction movement across the state, the processes of making the election peaceful and credible is uninterrupted.In most polling units, security operatives arrived in their duty points to enforce restriction on movement of people and vehicles during election.

NAN correspondents that went round observed that security operatives were present as early as 6a.Also reports from other areas of Edo, such as Uzzebba, Igueben, Auchi, Ososo, Ekpoma, Jattu and Ughoton, among other towns and villages, say there is impressive turnout and orderly situation.