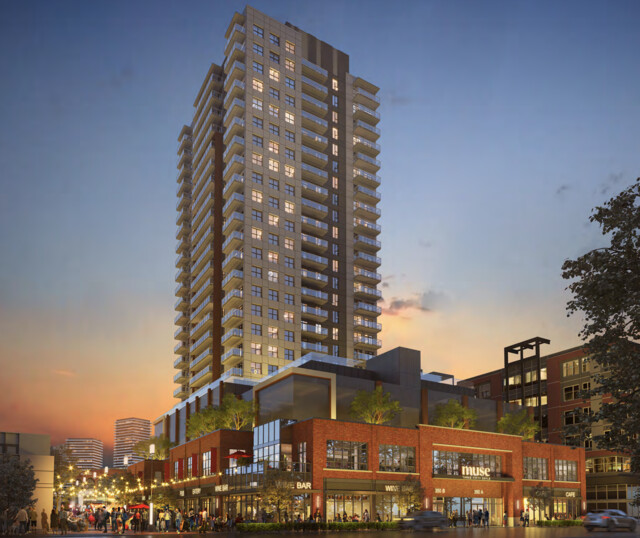 A downtown development proposed for the former Kelowna RCMP detachment site is getting taller.

Revised plans have been submitted to the city for 350 Doyle Avenue, pushing the building from 13 storeys to 25.The 6,000 square foot cultural space, or Kelowna Arts Hub, will transition to the outdoor Art Walk civic plaza extension that developers say will be “a world-class flexible and active public space that provides year-round opportunities for a variety of events.