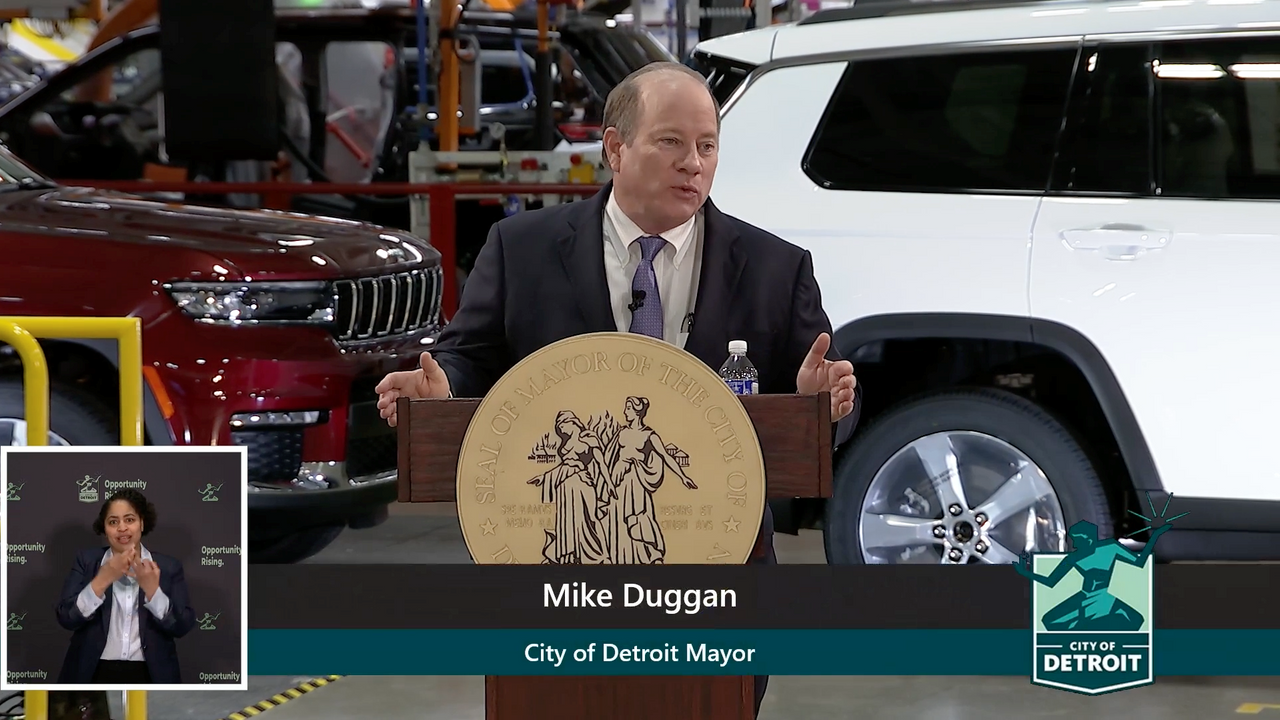 Democratic Detroit Mayor Mike Duggan gave a virtual State of the City address to corporate executives, marketing the city as renewed post-bankruptcy and open for business following the fallout from the coronavirus pandemic.

He also made sure to appropriately suck up to the real bosses of the city including the Ilitch family and Dan Gilbert—both of whom have been given premium real estate development opportunities through slimy land grabs in divvying up abandoned property downtown.Incredibly, after thanking the real estate mogul Gilbert, Duggan said that there is “no greater disparity in trying to start a business than the racial gap,” and asked “Who gets the prime property?Those with a sophisticated real estate background.” As if he had no role in giving prime real estate to billionaire speculators, including the “Gilbert bills” rammed through the state house and senate in 2017!

” Duggan pitched the jobs, which start at $17 an hour, as high-paying “middle class” jobs to a city whose working class in 1960 enjoyed the highest per capita income in the United States.By using the word “equity”—a euphemism of the African American upper middle class and bourgeoisie used to conceal the socio-economic class differences within urban populations across the country—Duggan was making a parochial appeal and pitting the city’s majority working class black population against their brothers and sisters in the suburbs.