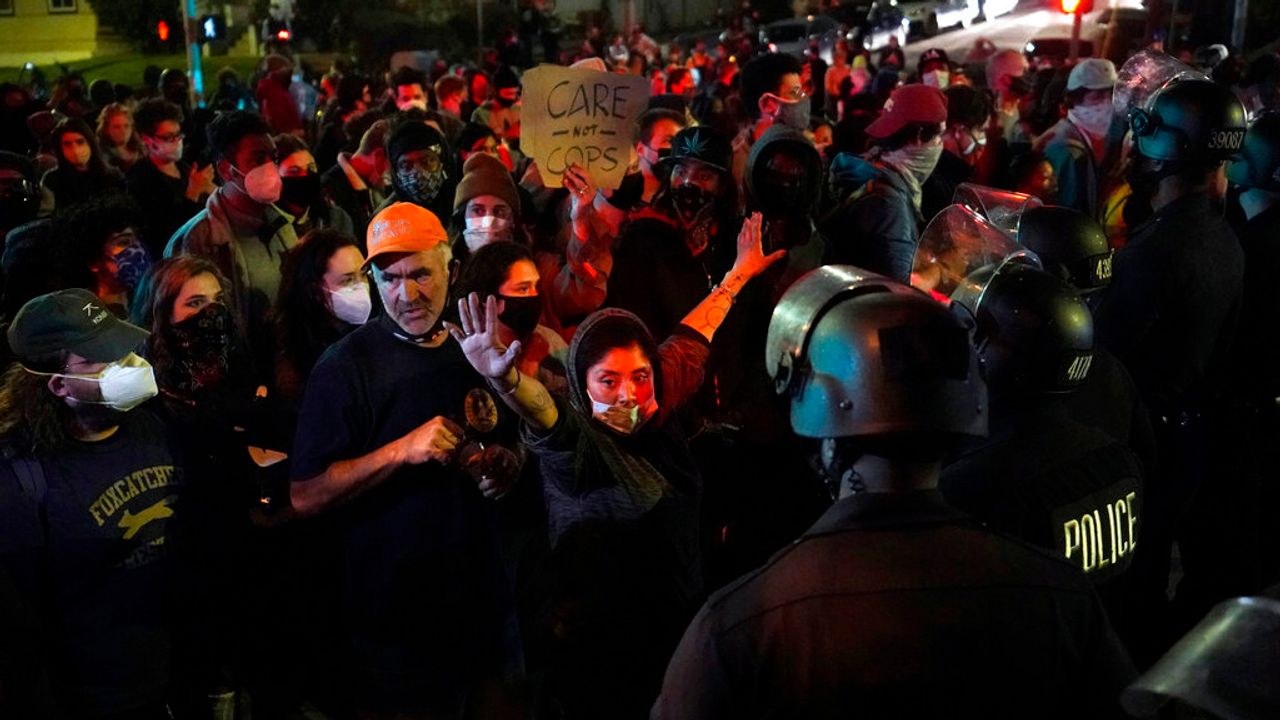 Since Wednesday, Los Angeles Police Department (LAPD) officers and Los Angeles Park Rangers have faced off with demonstrators protesting the forced eviction of several hundred homeless people living around Echo Park Lake, the centerpiece of one of the city’s oldest neighborhoods, located just west of downtown.One protester, Isaac Scher, reported in an interview with the Los Angeles Times that an officer swinging his baton with “a blind fury that was horrifying,” similar to “baseball bat swings” with a “full windup, as if it were a 70 mile per hour fastball down the middle,” broke his arm.Later, LAPD Captain Stacy Spell responded to an inquiry from the Los Angeles Times regarding his allegations with the claim that the department was launching an investigation.“It’s an absurd conflict of interest” for police to arrest journalists reporting on their conduct, Jonathan Peltz, a reporter for Knock LA, a nonprofit newsroom affiliated with the progressive activist group Ground Game LA told the Los Angeles Times.