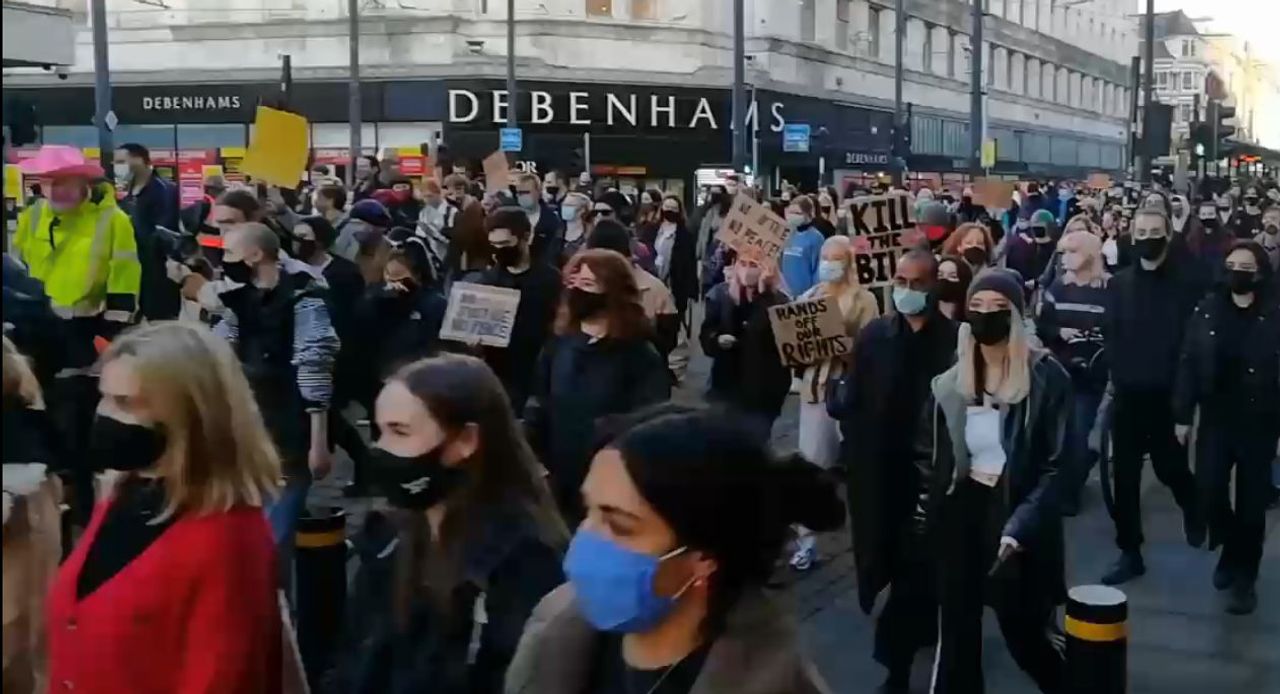 The hostility to the two architects of the present clampdown, Home Secretary Priti Patel and Metropolitan Police Commissioner Cressida Dick, stands as a devastating rebuke to the attempt to channel opposition to the Bill into the dead end of identity politics and “female-centred reform.”

It was Greater Manchester Police that have consistently abused their powers.Demonstrators marched to the Metropolitan Police’s New Scotland Yard headquarters.