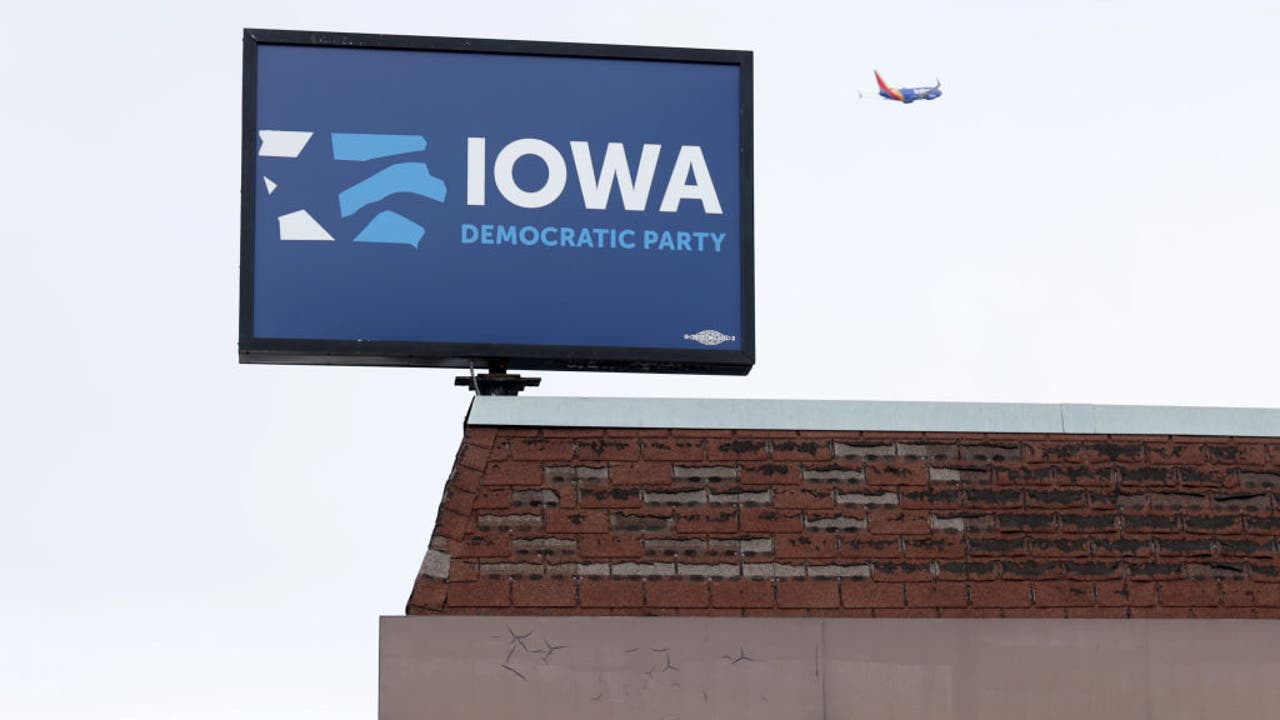 Democrats are poised to boot Iowa from its traditional lead-off spot in the presidential nominating calendar in 2024. It's part of a broader effort to better reflect the party’s deeply diverse electorate by allowing less overwhelmingly white states to vote first.

1 position between New Hampshire, which now goes second but traditionally kicks off primary voting, and Nevada, a heavily Hispanic state looking to jump from third to first." But many rules committee members privately said that the party is leaning toward either New Hampshire or Nevada going first, or perhaps on the same day.Since then, it's been followed by New Hampshire, which has held the nation’s first primary since 1920.Representatives from Iowa and New Hampshire argue that small states let all candidates — not just well-funded ones — connect personally with voters, and that losing their slots could advantage Republicans in congressional races.

New Hampshire Democratic National Committeeman Bill Shaheen said he didn’t know what would’ve happened if the rules committee vote wasn't postponed, but cheered it as "one more chance to show what kind of state we are." When the DNC approved shaking up the primary calendar ahead of 2008, it called for Nevada's caucus after Iowa and before New Hampshire, only to see New Hampshire move up its primary.

Georgia volunteers head to Kentucky to help after deadly floods

Parkland shooter trial a rare, graphic look into one of the worst mass shootings in the U.S.

Man shot in back by group while driving on DeKalb County road, police say

WNBA star back in Russian court on cannabis charge

Could state abortion laws affect IVF patients? There is no easy answer

Flags lowered for Connecticut soldier killed by lightning in Georgia

With masks optional in most schools, should your student wear one? A pediatrician weighs in

Black-owned small businesses get a unique boost from Atlanta BeltLine

88-year-old woman robbed at gunpoint, tied up in her own home

Man claims wife fatally shot herself, police charge him with her murder

Deputy jumps into hole to save trapped fawn at construction site

Young man gunned down at Smyrna pool, shooter on the run

Gunman kills woman at Old Fourth Ward apartment before shooting self at nearby park, police say

Many parents are stressed about back-to-school expenses; how to talk to your kids about it

Georgia has one of the lowest percentages of children vaccinated for COVID-19, study shows

Georgia investigates Atlanta contractor that was focus of I-Team probe

Maintenance worker killed in crossfire during shooting at Atlanta apartments

Long-time home of Dr. Seuss goes up for sale for $19M

US declares monkeypox a health emergency, Georgia doctor breaks down the basics

3 women accused of stealing thousands of dollars’ worth of underwear

Woman targeted by mugger for Louis Vuitton at Atlanta mall

Construction closes I-285 ramp to Ga. 400 in preparation for new lanes

Man convicted of felonies for allegedly strangling party guest, shooting another in 2021

Rappers Lil Baby, 21 Savage to host back to school events