No peace till Ghani’s removal from power: Taliban spokesman

OUR VIEW: Change in law would pave road for cannabis research

Ministry aiming to provide aid to 1.5 mln MSMEs in July

A six-game losing run? You wouldn't have thought it seeing the Warriors go about their pre-match preparations this week

Japan, US off to 2-0 start as action wraps in Fukushima 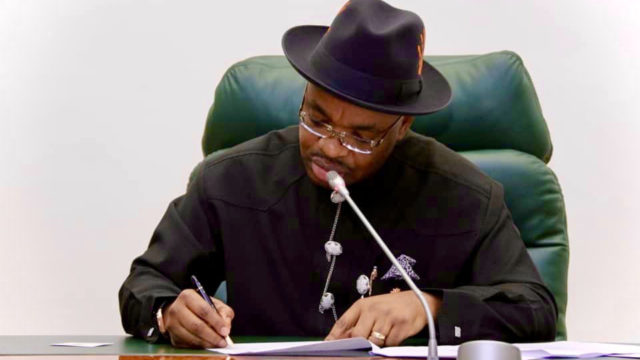 Speaking under the aegis of Ikot Effanga Mkpa Town Council, the host community to the Ministry of Niger Delta Affairs, Niger Delta Development Commission (NDDC), its members expressed displeasure over the way the community had been treated and threatened to take necessary action to correct the anomaly.Leader of the town council, Effanga Ineng Effanga, who led a five-member team, yesterday, alleged that the Ministry of Niger Delta Affairs and NDDC marginalised the community in the just-concluded employment, even when they were promised 10 slots, adding that not even one slot was allotted to the host community.They threatened to stop the commissioning of the ministry’s secretariat, adding that it was not observing the local content principle in terms of employment, non-implementation of pledges made in spite of the fact that its secretariat was in Ikot Effanga Mkpa town council.They also accused the Basin Development Authority of failing to employ anybody from the community, even when the Town Council approached the agency.