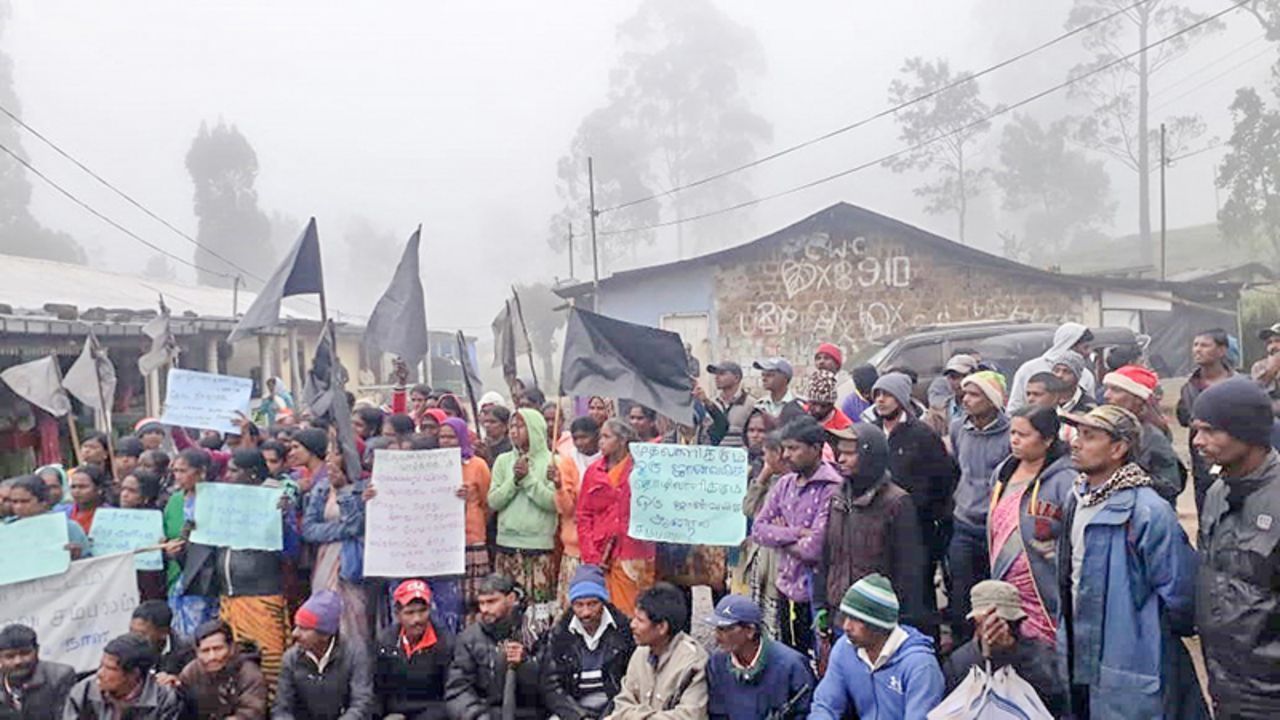 The ongoing repression of Alton Estate workers is in line with broader preparations by plantation bosses to drive up productivity and boost profits.

The persecution of Alton Estate workers in Sri Lanka’s central plantation district is continuing with five more workers ordered to visit Maskeliya police station and provide statements over their alleged involvement in an attack on the estate superintendent.While the union called the one-day national action to deflect mass anger among estate workers over their long-outstanding pay demand, the Alton workers remained on strike in protest against estate management aggression.While the CWC directly collaborated in the arrest of the workers, the other plantation unions, including the NUW, Democratic Workers Congress, Lanka Jathika Estate Workers Union and All Ceylon Estate Workers Union are complicit, having silently endorsed the police-company witch hunt.On March 3, Ceylon Planters Society members demonstrated in Hatton accusing estate workers of “violence” and “terrorism” and calling on the government to provide weapons, and weapon training, to combat the alleged dangers.

Speaking with the World Socialist Web Site yesterday, an Alton worker explained that the estate workers were fighting not just for their own families but for all Sri Lankan workers.The Health Workers’ Action Committee in Sri Lanka issued a statement demanding the immediate acquittal of Alton Estate workers.