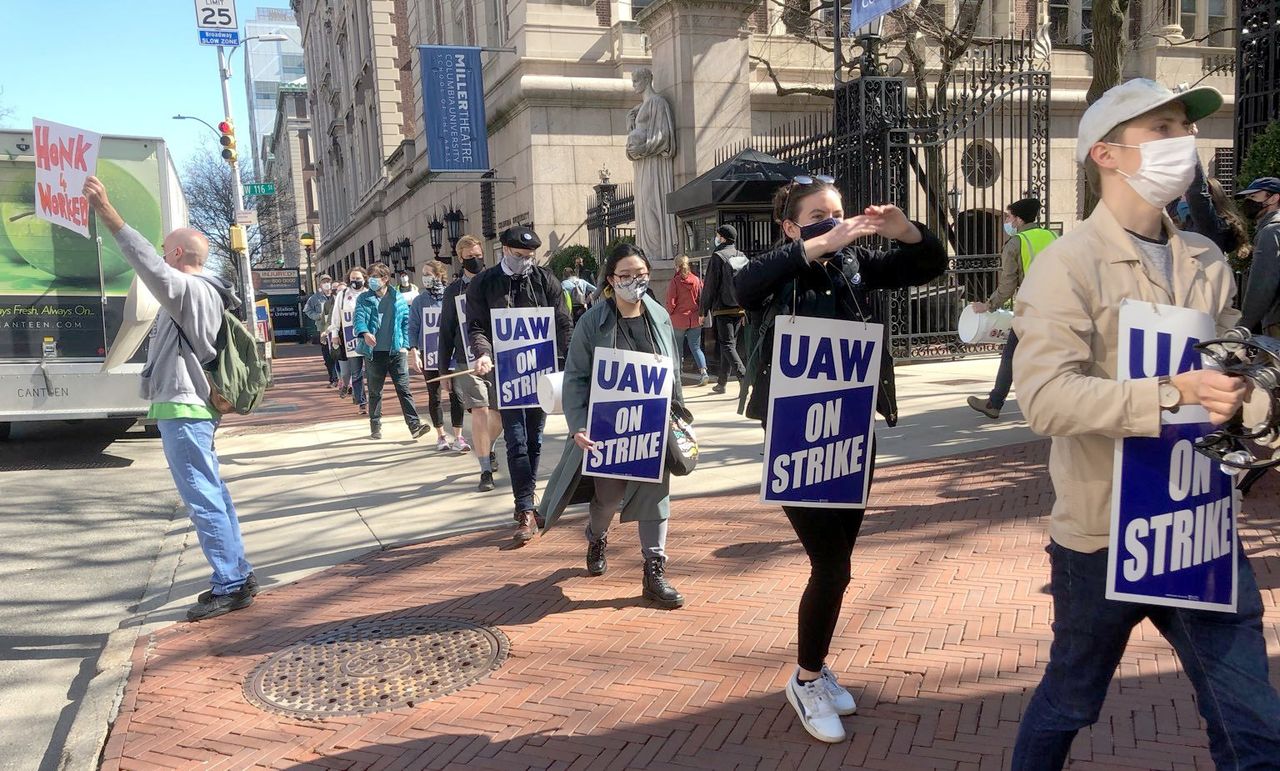 Columbia University’s attack on graduate students is bound up with the needs of the ruling class more broadly, which is determined to smother any opposition that emerges in the working class.

The Columbia University graduate workers strike, now well into its third week, pits graduate student-workers against the wealthy Ivy League university and the political and financial interests it represents.At the latest bargaining session Tuesday, the administration rejected the Graduate Workers of Columbia (GWC) proposal, which made significant concessions to the university, essentially out of hand.Rank-and-file graduate workers have demonstrated immense courage and militancy in their strike for better wages, benefits and working conditions, even as their own bargaining committee has maneuvered behind their backs.” Far from being an argument for graduate workers to accept Columbia’s proposals, the very fact that the proposed starvation wages at Columbia are within the normal range of the graduate labor “market” is only a further indictment of the exploitative character of higher education at large.

Appeals must be issued to adjuncts, faculty and other school staff at universities across New York City—including at New York University (NYU), where graduate workers are voting on strike action—and more broadly to K-12 teachers and educators who have been on the front lines of the fight against a premature return to in-person learning.Columbia graduate workers are fighting not only for their own conditions and for graduate workers everywhere, but for the right of the working class to higher education.