Latinx community members define what the word means to them 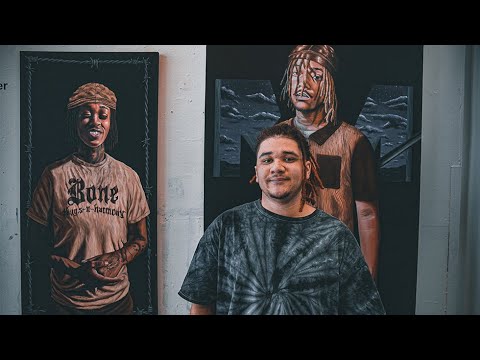 Derek Walker is a graduate of the Cleveland School of the Arts who left behind a lasting image for the student body. Now he's getting ready to graduate from the Cleveland Institute of Art, where his award-winning paintings look to the past and the future.

“My class of students were one of the first students to actually enroll into the building, because it was newly built and they wanted to make the school a bit more welcoming to the students,” Walker said.At the beginning of [my] mural is from a "Girl with a Pearl Earring," by Johannes Vermeer,” Walker said.’" Walker said.better for it to be late than early,” Walker said.

And several other figures are in the background just exploring the night,” Walker said.Derek Walker / "Late Bus" by Derek Walker In his final year at CIA, Walker said he hopes to get creative director position and also is considering graduate school.