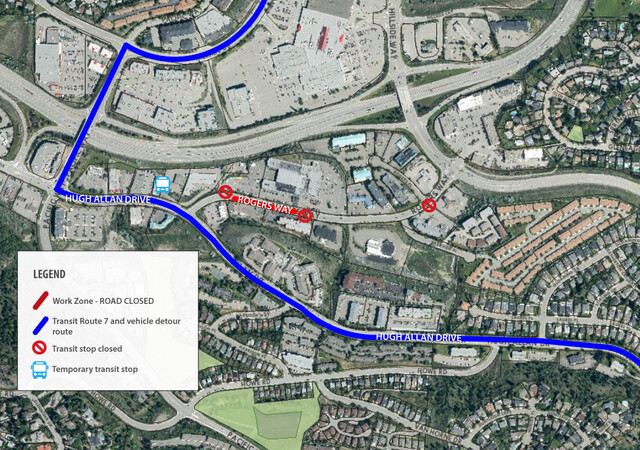 The City of Kamloops is warning drivers about a planned road closure this weekend in Aberdeen.