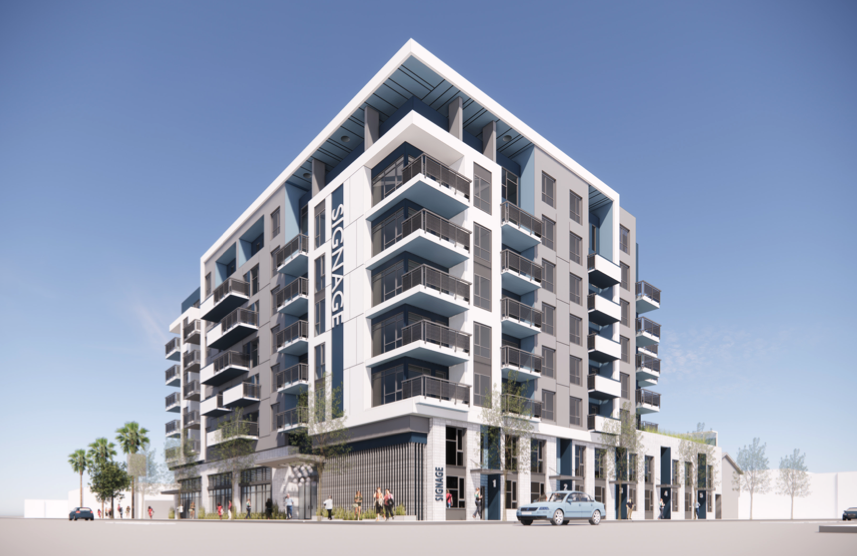 A decision to allow a new 108-unit market-rate housing development in Downtown Long Beach will likely be upheld Tuesday amid a challenge from a Los Angeles-based nonprofit that says the project violates the city’s Downtown Plan.The controversial Downtown Plan was adopted by the City Council in 2012 and put in place a framework for speeding up housing production in the Downtown area, but it only approved the production of 5,000 units along with nearly two million square feet of office space and retail.Supporters Alliance for Environmental Responsibility (SAFER) is appealing the project because it would further exceed the limit of 5,000 units that was originally included in the Downtown Plan and no additional environmental review was completed to show the effects of new residential units.The nonprofit, which has challenged a number of projects in the region, said there was not enough time to review the 1,600 pages of documents associated with the project, and is demanding a separate environmental impact report be prepared because it’s outside of the original scope of units studied for the Downtown Plan.

Downtown already has over 5,200 units in the planned area and to allow for a proposed 108-unit structure to be built at the corner of Seventh Street and Locust Avenue, the city is trying to approve an amendment that would allow it to swap out unrealized office and retail space for additional residential units.The seven-story structure would include street-level retail space, a mix of one and two-bedroom market-rate apartments and 135 parking spaces that will be both above and below ground.