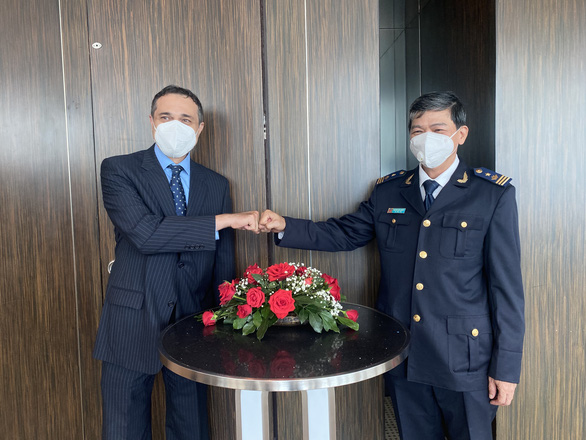 Canada is a gateway for Vietnam to access the North American market through the Comprehensive and Progressive Agreement for Trans-Pacific Partnership (CPTPP), Nguyen Huu Nghiep, deputy director of the Ho Chi Minh City Department of Customs, told Tuoi Tre (Youth) newspaper on Wednesday.Talking to Tuoi Tre on the sidelines of the 'Dialogue with Ho Chi Minh City Customs' held by the Consulate General of Canada in Ho Chi Minh City and the municipal customs department on Wednesday, Nghiep said that Canadian businesses have modestly contributed to the export and import turnover of the city due to geographical issues and some other conditions.“Leveraging the potentialities and advantages of Canada can help further develop the economies of Ho Chi Minh City and the whole country.” Speaking at Wednesday’s dialogue, Canadian Consul General in Ho Chi Minh City Behzad Babakhani said that 2021 has been the third year since the CPTPP took effect.

“First, the two countries’ agriculture – tropical agriculture in Vietnam and temperate agriculture in Canada – can complement each other,” Nghiep said.” Therefore, Canada “can be considered as a gateway to North America,” the deputy director said.

Vietnamese remain healthy only until 64 yo despite higher average life expectancy: geriatric conference

In Vietnam, ethnic minority people no longer bushmen thanks to military

Southern Vietnam to have more extended rainy season this year

Audi recalls more than 100 cars in Vietnam over nut defect

US sends over 4.1 million more COVID-19 vaccine shots to Vietnam

Airguns illegally put up for online sale in Vietnam

Over 1.5 million COVID-19 vaccine shots donated by Japan touch down in Vietnam

Japan urged to open door for longan imports from Vietnam

Vietnam Airlines to operate 2 direct flights between Vietnam and US each week: CEO

Four dead dolphins wash ashore in one week in Vietnam

Another aircraft collision at same Vietnam airport in a month