Oil surges nearly $3 to highest in a month

$1.3 Million House For Sale In Between Monument + Colorado River

Capitol rioter accused of beating officer to be jailed until trial 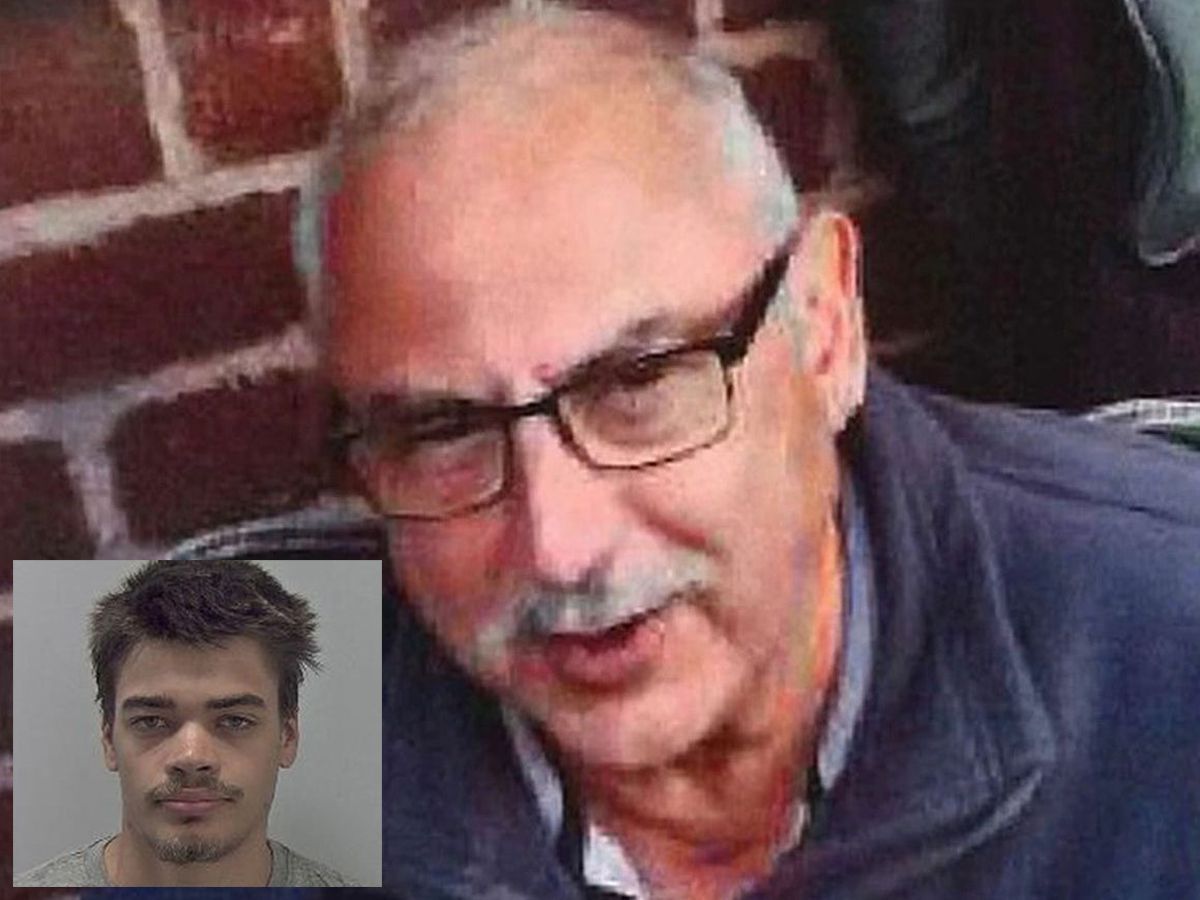 A murderer from the Black Country who stabbed a hillwalker in a random attack "just for the sake of killing somebody" has been sentenced to life imprisonment with a minimum term of 28 years.

Murder victim Richard Hall and, inset, killer Moses Christensen Moses Christensen was found guilty of murder last month after jurors rejected his claim of diminished responsibility over the "savage and animalistic" killing of 70-year-old Richard Hall.Moses Christensen The court heard Christensen, of Corser Street, Oldswinford, Stourbridge, was being sought by West Midlands Police at the time - after buying two combat knives and telling a relative he wanted to kill three teachers." Richard Hall Several family members attended the sentencing hearing, which heard victim impact statements describing Mr Hall as a "master of all trades" who could fix anything.A trial at Stafford Crown Court was told the 22-year-old walked around 20 miles to Brown Clee Hill over several days, before repeatedly stabbing his victim near a communications mast.

" Investigators at the top of Brown Clee Hill Investigators at the top of Brown Clee Hill Privately-educated Christensen, who has a history of depression dating back to his early teens, was arrested after knocking on the door of a house in the Burwarton area and telling the occupant he had committed a crime.After being treated in hospital for a cut to his hand, Christensen told police he had wanted to kill someone "just for the sake of killing somebody" - as a "sort of lifelong desire and ambition".

Covid restrictions: What am I allowed to do in England from next week?

Poundland stores come out of hibernation

Donations top £15,000 for family of two-week-old killed in Brownhills crash

Dudley hospital trust to appear in court after patient deaths

Robber on the run from prison may be in West Midlands

£5,000 raised by widower in memory of wife who died five days after Covid test

Author Kim Nash talks about the inspiration behind her fourth novel

Woman led to safety after fire in basement of Dudley property

Second man arrested and bailed after gun fired in Wolverhampton

Peter Rhodes on a legendary dreamer, the problems of green energy and extracting power from loos

LETTER: There will be risks of erosion of our human rights

Relief and excitement over £154,900 boost for heritage canal trust

Trailer released for Midlands-based film You Are My Sunshine

Half of Motorpoint annual retail sales made online

'Court awaits': Baby unsecured in back of M6 car - as driver on mobile phone

Warning as coronavirus rates spike in areas of West Bromwich

Lockdown: The picture across the UK

Express & Star comment: Nobody should hesitate to get the jab

In Pictures: Philip through the decades

Commonwealth leaders pay tribute to the Duke of Edinburgh

Covid variants not ‘taking off’ in European holiday destinations

IN PICTURES: Prince Philip's visits to the West Midlands and Staffordshire

No further Covid deaths announced at hospitals in Black Country, Birmingham and Staffordshire

Lockdown changes: Everything you can and can't do in England and Wales from April 12

Shooting victim still in hospital one week on from Wolverhampton attack

Markets to welcome back non-essential traders

McDonald’s 'unique partnership' with Walsall councillor to deal with litter

Police warning after £26,000 stolen from two victims in phone scam

Case of South African variant of Covid-19 found in Smethwick

A41 drink driver with no insurance banned for 18 months

Thug who stamped on dog's head banned from keeping animals

'Celebration of lockdown easing': Crowds enjoy the funfair in town

Reece Cox murder: Trial told how father was beaten to death as he tried to help friend

More than 100 acts will perform in jazz festival