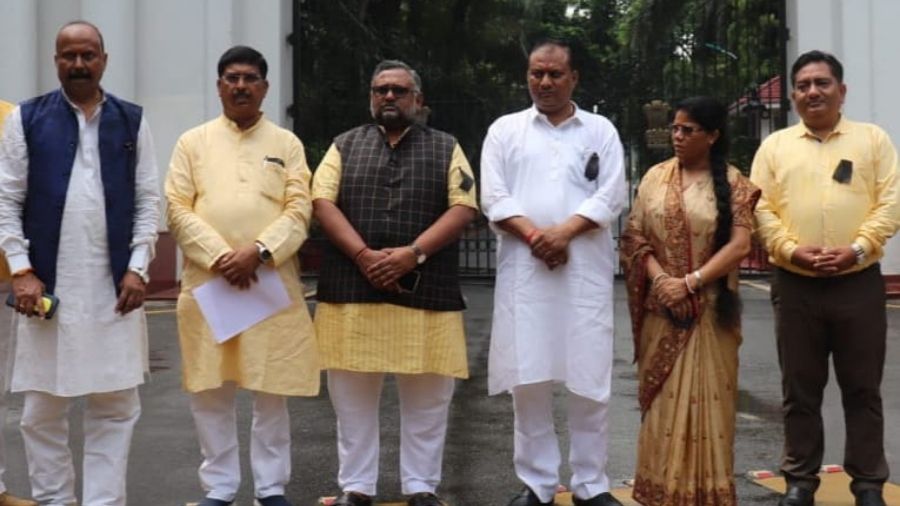 “The BJP respects all religions and believes in the freedom of practising one’s religion of choice, but the decision taken by the State Assembly Speaker to dedicate a room for members of a particular community is clearly an attempt to polarize the people of the state and appease one particular community for political gains,” the memorandum stated.In the memorandum, the saffron party claimed that the Speaker's September 2 decision of dedicating a room for offering Namaz has resulted in demands by various groups of allotting dedicated places in the Assembly for offering prayers as per their religious beliefs – a trend that dilutes the inherent purpose of the State Assembly, which is to pass legislation for the betterment of the public irrespective of their religious beliefs.The Jharkhand Assembly’s decision of allocating a room for offering Namaz in the Vidhan Sabha building has caused ripples in Bihar and Uttar Pradesh, with a Bihar legislator demanding a facility for chanting Hanuman Chalisa in the Assembly and a Samajwadi Party MLA asking for a Namaz room in the state Assembly on the lines of Jharkhand.As a mark of protest, BJP lawmakers turned up at the state Assembly in Ranchi dressed as priests and chanted “Jai Sri Ram” on Tuesday during proceedings of the monsoon session.

21, 05:17 PM A BJP delegation handed over a memorandum to Governor Ramesh Bais on Thursday to seek his intervention in the immediate withdrawal of the Assembly Speaker’s decision of dedicating a room for offering Namaz at the Vidhan Sabha building, terming the move “undemocratic”, “unconstitutional” and “hazardous” to the secular fabric of governance in the country.BJP delegation meets Governor, calls for withdrawing namaz room decision BJP leaders demand probe into the lathicharge on protesting BJP workers outside assembly The BJP delegation that met Jharkand Governor in Ranchi in Thursday.