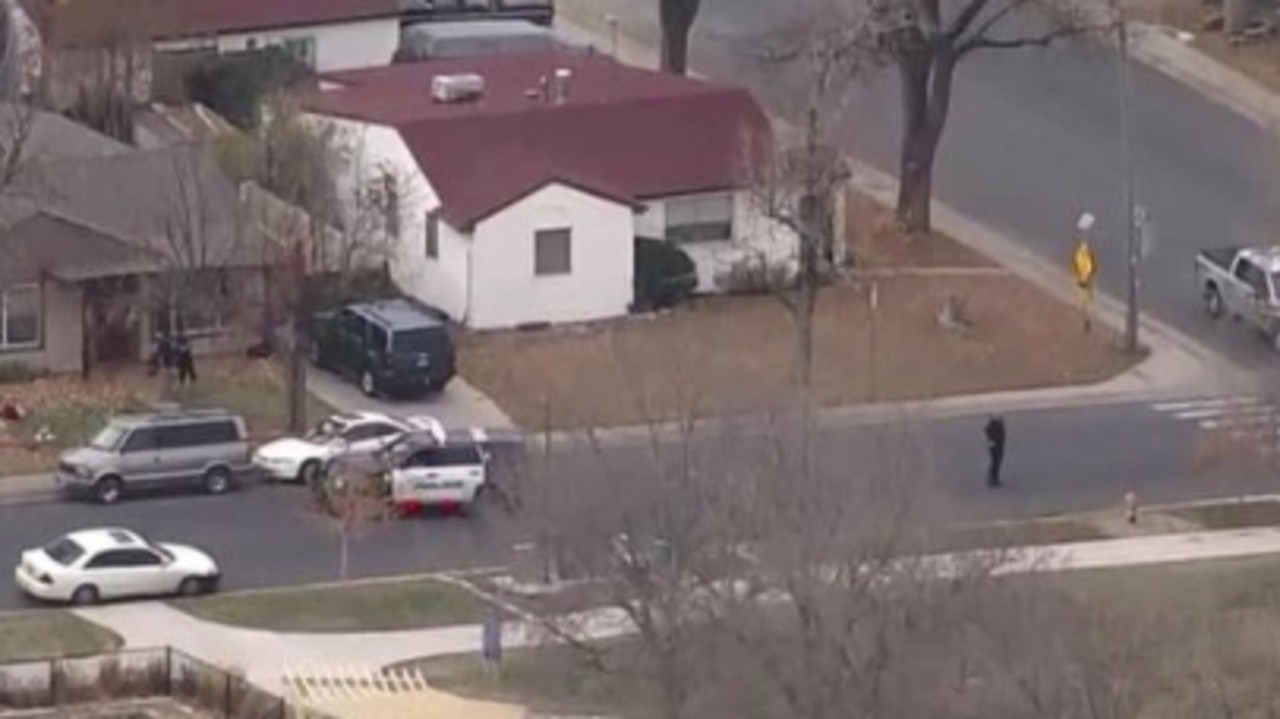 Six teenagers have been rushed to hospital following a horror drive-by shooting in the US.

Screengrab from TV broadcast KMGH news channel showing the shooting in Aurora, Colorado.Speaking at a press conference shortly after the shooting, Aurora Police Chief Vanessa Wilson said multiple suspects had fled the scene on foot and by car, with gang units investigating.