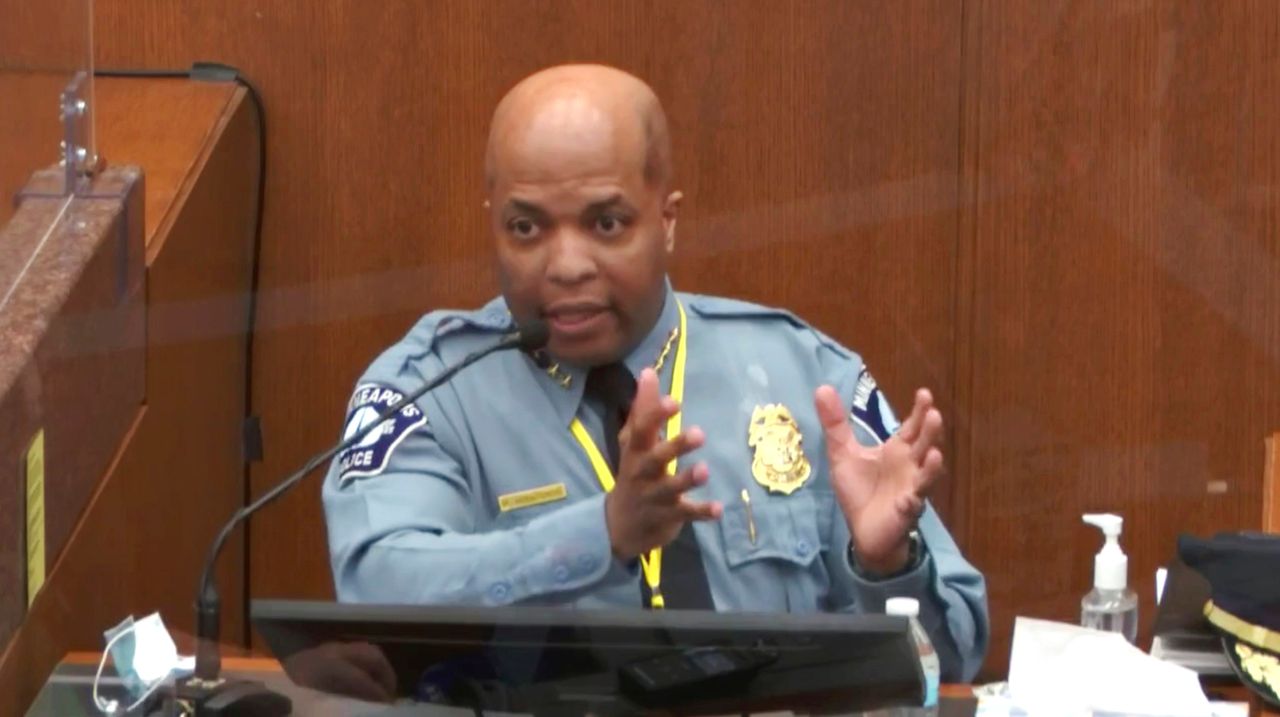 Chief Medaria Arradondo told jurors that Chauvin used an unreasonable amount of force, which violated department policy, when he pinned Floyd to the ground.

Police Chief Medaria Arradondo told the court the officers who pinned Floyd to the ground until he was unresponsive should have stopped their restraint as soon as he was distressed and vocalized his discomfort.As rare as it is for a police officer to face a criminal trial for an on-duty killing—of which there are more than 1,000 every year—it is even more exceptional for a police chief to testify against one of his subordinates.Cedric Alexander, the former police chief and public safety director of DeKalb County, Georgia told the Guardian.’ To be able to have the chief of police … to under oath testify is clearly going to be of importance.