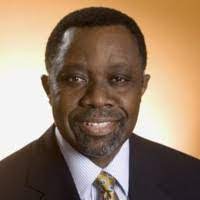 • Dr Amoako African governments have been urged to invest more on climate change to protect the continent of the effects of the menace.The Investment Director of Injaro Investments, Mirabelle Moreaux, who made the call, stressed the need for Heads of State in Africa to unite on issues of climate change.Organised in partnership with African Union Development Agency (AUDA-New Partnership for Africa’s Development (NEPAD),the programme which was on the theme “Climate Change: Securing Africa’s Future,” assembled policy and climate change experts to discuss measures to combat climate change.” She said it was crucial for African governments to invest more in projects that would curb climate change such as afforestation and clean energy sources.

Miss Moreaux commended the move by the Chadian government to gradually move from fossil fuel to combat climate change, saying it was a “bold step in the right direction.She suggested that the part of the $700 billion used by the United States annually as global subsidies should be allocated to fund Climate Change programmes.