It's deja vu all over again

Social housing tenants put at the heart of government reforms

Which are the luckiest lottery villages?

CIC) are down 12% on their UK£1.0m purchase despite recent gains

Number of transactions via payment terminals up 33% over 5 years

2022 General Election: ‘We will listen to the people’ – Vosarogo 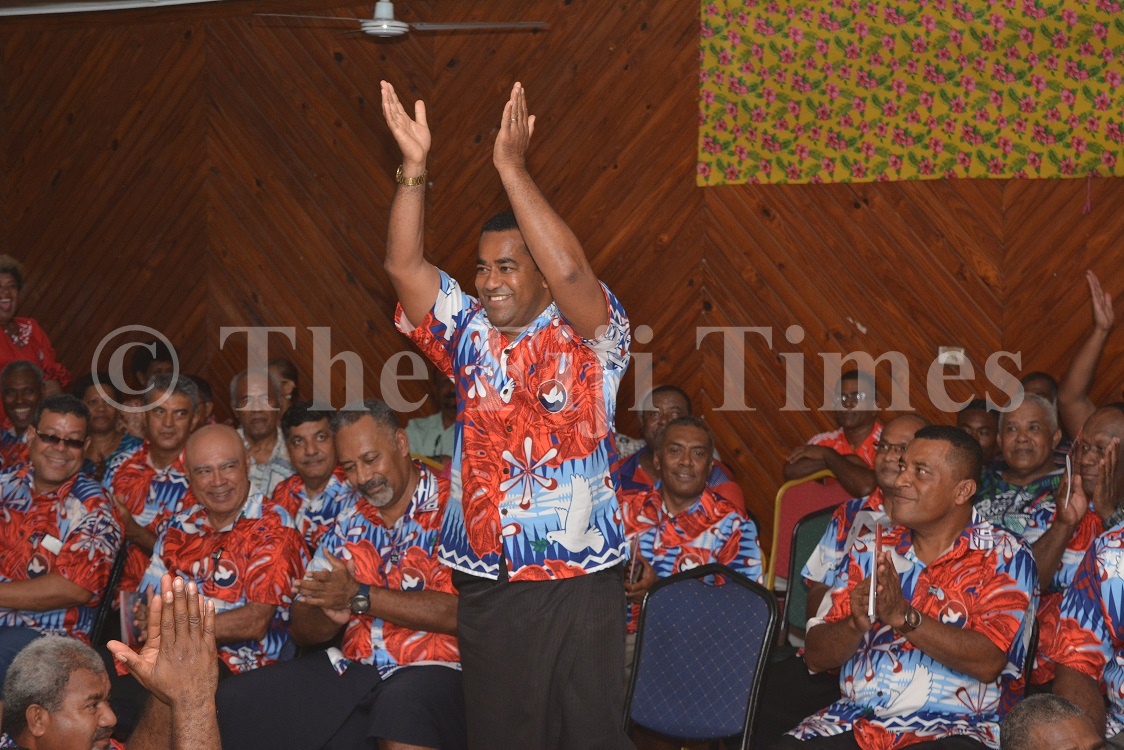 Support for development of future leaders

Focus on wellness and corporate risk

Rabuka: Live as people worth fighting for

Back in history: Family support ‘key’ to success

The power of purpose – Hard work pays off for Wati

Singer Roberta Flack can no longer sing after ALS diagnosis

G20 Summit: What you need to know now

Showing off songs and sequins, Museum of Broadway opens in New York

Judgment on Monday for officers on aggravated robbery charge

Australia fly in Tilio to World Cup, Boyle in doubt

Nadal eliminated from ATP Finals, Alcaraz to finish year at No. 1

Dr Fong: Still on the look out

Jamaica declares regional states of emergency due to gang violence

From the Editor-in-Chief’s desk: Your November 17 briefing

Crushing to end in Labasa on November 28

Rally on for women coaches and technical officials

Vodo relieved from his position in the church

Khan: No study on plight of older persons during COVID-19; cites lack of funding

Lal: 20 scholarships every year for persons with disabilities

Fijian Cup first of its kind

Musk says he made some Tesla decisions without board nod, defends $56 billion pay

From the Editor-in-Chief’s desk: Your November 18 briefing

Snooker to feature in TISI Sangam champion vs champion competition

‘Need to go back to old Fiji’

Bulitavu’s inclusion in party ‘a will of God’

Canefarmers should be compensated, Lal says

Light not an alien spaceship

Gollings: Changes in Fiji camp ahead of Dubai and Cape Town 7s

Narube: Unity Fiji has no baggage

FNU basketball team through to finals

Tuilagi and Nowell back for England to face the All Blacks

A platform for the art industry

$100 million investment so far this year

Go forth and serve

Two changes for Georgia in team to face Wales

Back in history: Idea of cattle farming

Australia ring the changes for clash with top-ranked Ireland

‘No State-owned schools for campaigning’

‘People’s right to decide – Gounder: Fiji does not need any more political instability

‘We need leaders who are inclusive’

Hayward: Chance to choose leaders for the country

From the Editor-in-Chief’s desk: Your November 19 briefing

Nadroga starts IDC with a win over Navua

COP27: UK, US others float new proposal on loss and damage

‘Time not on our side’

Merchants of fear – Same old, same old – and no one cares

Voters and debt – The next Finance Minister’s poisoned chalice

Hanging on to power

Methodist revolution – Evangelical engagements of the church and world

A next generation masterpiece

153 years on: The Kaunitoni – a troubled ship

Fijians to ‘benefit from new projects’

Finn Russell reminds of his prowess as Scotland win

FNU to host International Conference on Business, Hospitality and Tourism

From the Editor-in-Chief’s desk: Your November 20 briefing

Fiji to benefit from WTO agreement

‘Need to invest more into housing’

‘Important to get young engaged in the voting’

Bainimarama ‘only leader who could take us forward’

Shania sees caregiving as a means of supporting her parents

Yasawa Saints return to the islands with crown

Look Back: St Giles Hospital in the 1970s

The rise of snooker

The symbol of the poppy

New Zealand’s Perenara out for several months after rupturing Achilles

Russell back in the driving seat for Scotland

From the Editor-in-Chief’s desk: Your November 21 briefing

Sexton setback a blessing in disguise for Ireland – Farrell

Over $20k raised for Pinktober

PS positions will be terminated – PA

Passion for the environment to thrive

Young heroes awarded for their work

Ba to face Rewa in semis

Lutunatabua receives letter to help turn his dream into reality

From the Editor-in-Chief’s desk: Your November 22 briefing

Rabuka: Grip will soon be broken

Manifesto : FRA will be disbanded

Watch what you says – Gounder: comments in itself a cause of instability

‘Add to your toolkits’

Arson cause of 58pc fires

6013 properties sold in the past three years

Back in history: Foreign four study in Fiji

In a woman’s world

Justin Marshall on why the All Blacks are off the pace

From the Editor-in-Chief’s desk: Your November 24 briefing

2022 General Election: Government have ‘run out of money and people’

Operators: Give base taxis priority

FICAC: Increase in political violence and vandalism targeted at FijiFirst

Richarlison turns on style as Silky Brazil sees off Serbia

Team to work on discipline

‘Messi and Neymar are bigger than him’

South African gets a taste of Fijian 7s Rugby

Report: Water Authority of Fiji not yet able to provide service level targets