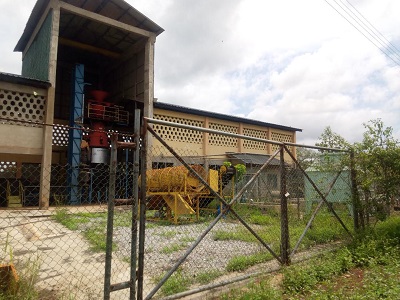 • The gari processing factory at Asueyi A 120 kilowatts (KW) capacity gas production plant and a seven tonnage-per-day mechanised gari processing factory completed in 2017,  have been abandoned at Asueyi near Techiman in the Bono East Region.He indicated that the project which was under the roots and tuber programme of IFAD, and grants released in 2014, would provide direct and indirect employment to hundreds of people in the Bono East Region and beyond.The Bono East Regional Director for the Department of Agriculture, Mrs Cecilia Kedja, who was worried about the factory’s neglect, however, was hopeful that the gari factory would bounce back to life when new burners were fixed.The Kyeame of Asueyi, Nana Kwadwo Mensah, said he was sad about the abandoned facility and therefore, appealed to the Bono East Regional Minister, Mr AduGyan and the Techiman North District Assembly to ensure the factory was operationalised to improve upon the economy conditions of the people.

The project which was funded by the International Fund for Agriculture Development (IFAD), was initiated by the Ministry of Food and Agriculture (MOFA), under the Ghana Agriculture Sector Investment Project (GASIP).The Assembly Member appealed to the Ministries of Energy, Trade and Industry, and Food and Agriculture to urgently intervene to harness the full potential of the factory in order to improve the livelihood of residents and the local economy.