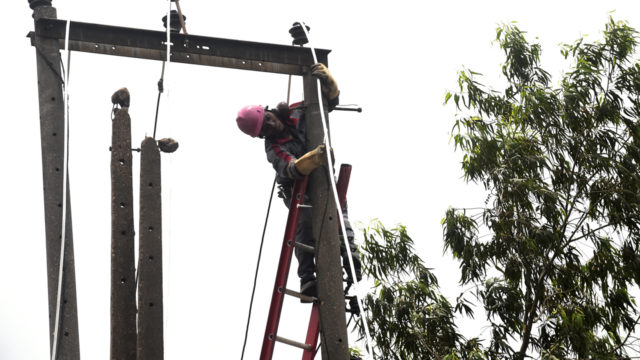 Related Sanwo-Olu promises ease of transportation in Lagos Ajegunle youths to perform at maiden edition of oratory competition Commandant cautions retirees against illegal business Concert promoter and Chief Executive Officer of Upfront and Personal Global Management, Paul Okoye and chairman of Police Community Relations Committee (PCRC), Victoria Island, Lagos, Mathew Ibadin, have been accused by the management of 1004 Homeowners and Residents Association, Victoria Island, of bypassing the electricity meter connected to their homes and allegedly vandalising the apartment of the acting chairperson of the association, Lara Ademola.According to Ademola, “1004 Estate, a highbrow residential estate in Victoria Island, is home to over 5,000 residents of different nationalities, providing 24-hour electricity to its residents using a combination of public and privately generated power supply.These measures have brought the association on collision with those engaged in electricity theft, chief amongst whom is one Mathew Ibadin, a tenant who has used his position as the chairman of the Victoria Island PCRC to cause mayhem in the estate, brazenly steal power, aid and abet others to steal power and promote general lawlessness in the estate with the active support and connivance of the DPO, Bar Beach Police Station, CSP Isa Lawal.“In recent times, the estate’s ability to provide 24-hour electricity in the estate has been threatened by the activities of residents engaged in power theft, which is not just a breach of the estate’s byelaws, but also a criminal act under the laws of Nigeria.

According to a statement by the estate management, tagged: ‘Bar-beach Police DPO empowers electricity thieves in 1004 estate,’ the association accused the DPO, Okoye, and Ibadin of breeding injustice in the estate.” MEANWHILE, when Okoye, the brain behind the popular One Africa Music Fest, was contacted, he sent a statement titled: ‘N5 billion extortion and fraud crime ring by the 1004 HORA management exposed, which read in part: “The tenants, landlords and stakeholders in 1004 have been defrauded for over five years by the estate management.